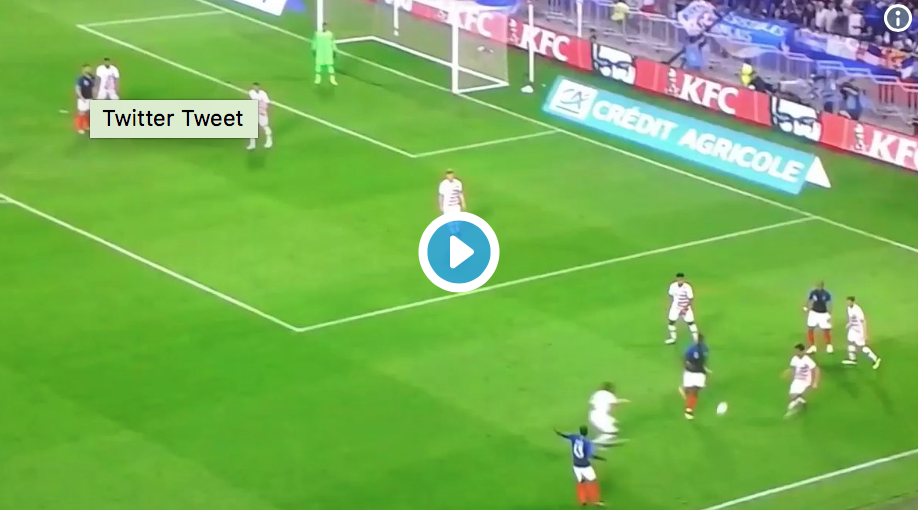 Hours after I backed France to win the World Cup outright this summer, USA held Didier Deschamps’ side to a 1-1 draw – but Manchester United midfielder Paul Pogba did provide a reminder of his class with a moment of magic.

The US won’t be at the World Cup in Russia. They fielded a young side in Lyon and took a surprise lead just before the interval through Julian Green’s goal.

France were booed and whistled at by sections of their own support (I use that word loosely) as they left the pitch at half-time. Les Bleus were saved with 12 minutes left when Kylian Mbappe scored an equaliser.

Pogba came close when he hit the post during the first-half, but it was a piece of skill that made us drool.

This tournament gives Pogba a chance to silence his critics, who love to get on his back whenever he underperforms.

Can we see more of this next season? Sheer class…