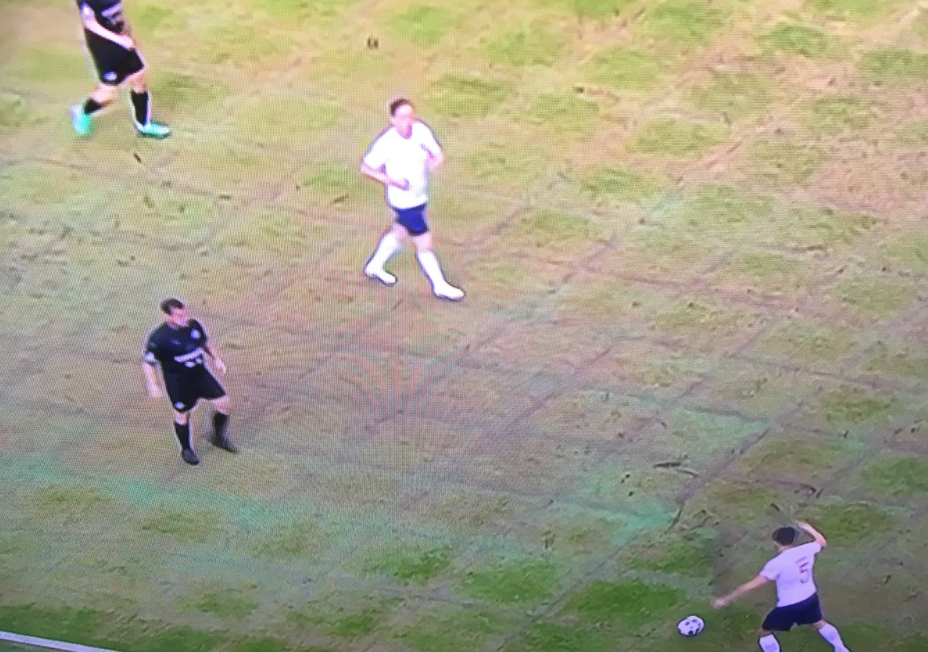 They’d find anything to blame on Jose.

Football icons teamed up with famous faces from film, TV and beyond for Soccer Aid 2018.

An England side took on a World XI, with the likes of Yaya Toure, Michael Owen and Usain Bolt all due to feature at Old Trafford.

This is done each year to raise money for UNICEF.

But for those watching, there was a major concern… the state of the Old Trafford pitch.

Of course, the pitch took a battering all season with United’s home games and a recent Rolling Stones gig being held at Old Trafford.

The pitch is expected to be dug up later this week to ensure it is ready for the start of the 2018/19 season – which, quite frankly, takes priority over some charity match.

Taking the piss out of the pitch, some went a step further to take a pop at United manager Jose Mourinho.

Here is how Twitter reacted — which many of the jokes aimed towards Jose Mourinho:

Wowzers, that Old Trafford pitch looks as bad and as dry United’s playing style under Mourinho…

Not that Mourinho plays any football on it….but the Old Trafford pitch is looking a bit ropey??.. #SoccerAid2018

Wow, the pitch at Old Trafford is terrible. Must be all that fast, flowing football that United played over the last nine months……