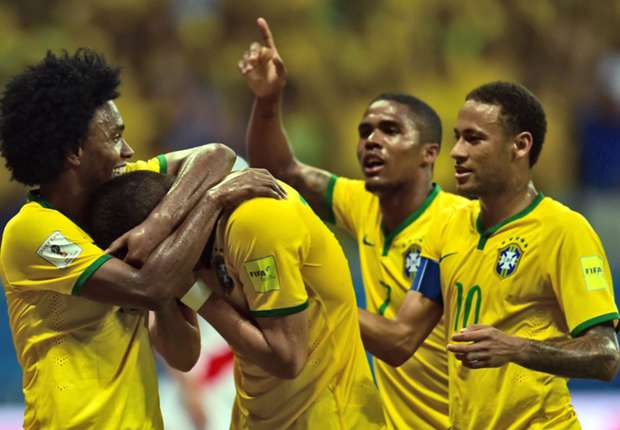 Manchester United are being tipped to sign Chelsea winger Willian this summer as he becomes odds-on to be a Red next season.

This is according to a report by the Daily Express, who claim bookmakers Coral have seen a big shift in odds regarding Willian that have persuaded them he’s set for a move to Old Trafford.

Willian is a player admired by manager Jose Mourinho and the Brazil international shares that mutual respect, but he is also the missing part to United’s jigsaw going forward.

Much of United’s player comes from the left-hand side of midfield and next season we need to be less predictable by hitting teams from both flanks, equally as quick and effective. Willian offers that from the right-hand side.

Mourinho brought Willian to Stamford Bridge, so it would be foolish to completely write him off doing so at Old Trafford.

The Metro recently reported on United’s interest in Willian, though they stated this could be due to Chelsea’s complicated managerial situation given how he doesn’t see eye-to-eye with Antonio Conte, who remains at the club.

Let us know in the comments section if you would like United to sign Willian ahead of next season?