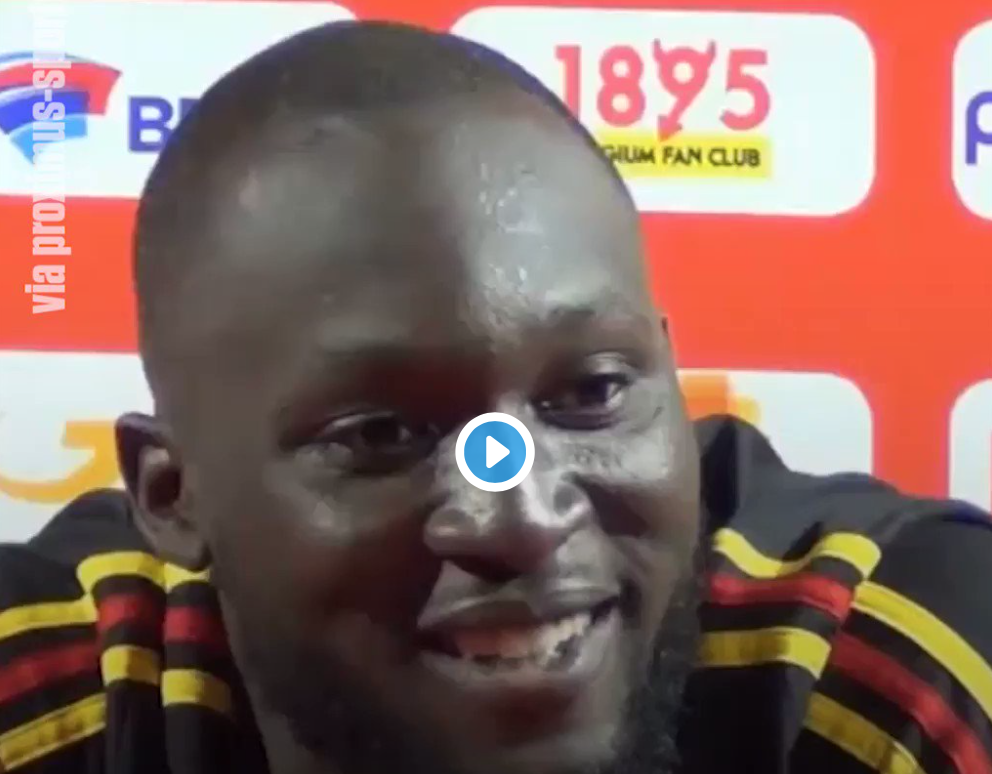 Credit for honesty, even if you disagree with Romelu Lukaku.

Romelu Lukaku was asked if Belgium’s squad are better than Manchester United’s.

His reaction was priceless. pic.twitter.com/PigzectbxR

Ahead of Belgium’s final warm-up game ahead of the World Cup, Lukaku was asked an awkward question in a press conference: “Is the current Belgium squad better than the Manchester United squad?” a rather brave reported asked.

Lukaku couldn’t hold in his shock at the question and his initial reaction was to laugh before he admitted that he felt like his national team is a more talented group than his club side.

I’m sure Jose Mourinho will have something to say about that but, considering Belgium have players like Eden Hazard and Kevin De Bruyne in their ranks, Lukaku probably has a point.

Lukaku scored the opener in Belgium’s 3-0 win over Egypt on Wednesday night.

The 25-year-old, who moved from Everton to United last summer, pounced on the rebound following a teammate’s shot to tap the ball into the onion bag. Hazard and Marouane Fellaini added to the tally at the end of either half.

Below you will find Belgium’s official squad list for the upcoming World Cup in Russia. Let us know in the comments section if you think that squad is better than the current United one?

🗒 This is our @FIFAWorldCup squad list !
Let’s go #REDTOGETHER to Russia ! 🇧🇪