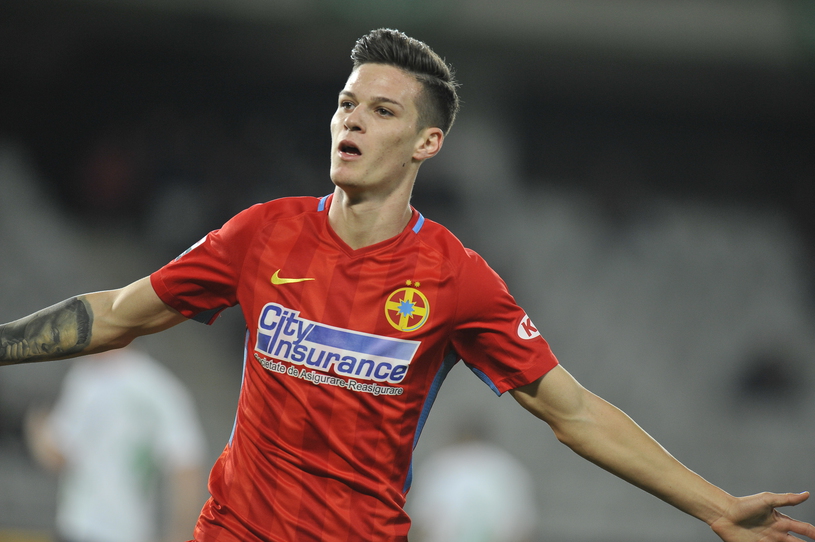 The president of Steaua Bucharest has claimed that Manchester United have enquired about 19-year-old attacker Dennis Man.

Man enjoyed a breakthrough season at Steaua last term, making 47 appearances across all competitions and established himself as a first-team regular for the Romanian club.

The standards between English football and the Romanian league are very different and it would be considered a significant leap if Man was to leave Steaua for the Reds. As Anthony Martial and Marcus Rashford learned last season, earning a spot in attacking positions at United is fiercely competitive and he’d like have some way to go before challenging.

However, the youngster’s form has seen him break into the Romanian national team, and Steaua president Gigi Becali has put an asking price of £26 million on his head in an attempt to welcome interest from United.

“Manchester United asked me about Dennis Man and I want €30 million,” Becali is quoted as saying by The Mirror.

“I know that they won’t pay this amount, but the player isn’t for sale.”

Is it just me or did Becali contradict himself? He wants €30 million for a player that he says is not for sale.

Mourinho is understood to have watched Man during Romania’s 2-0 win over Finland this week.