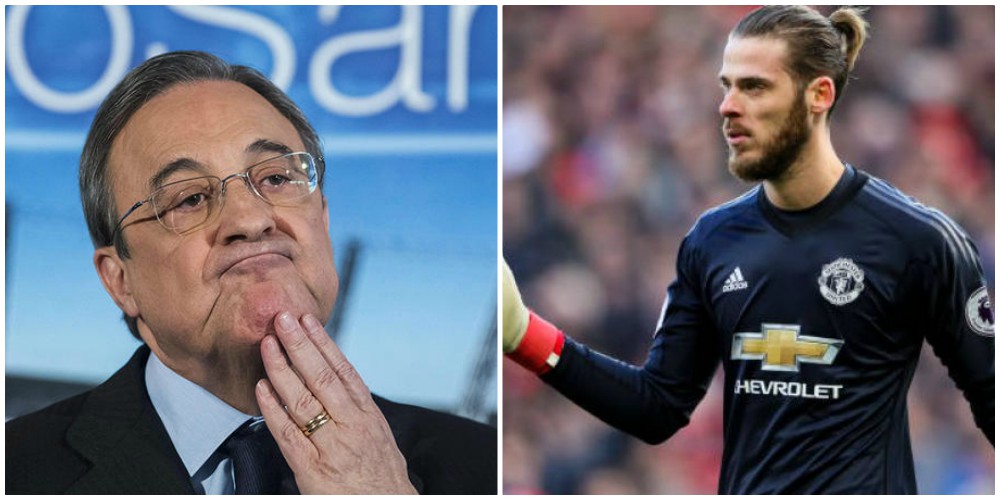 This comes as a result of a chat with super-agent Jorge Mendes, initially over Cristiano Ronaldo’s future, but with De Gea’s situation also mentioned, as per Diario Gol.

The Spain international is, without question, the best goalkeeper in the world and would be seen as a massive upgrade to Keylor Navas at the Bernabeu.

Diario Gol claim Perez remains keen on De Gea, who he failed to sign in the summer of 2015 following technical difficulties with Real Madrid’s fax machine, as per BBC Sport.

They also suggest De Gea is keen on a switch to Real Madrid, which will come as a concern to United fans knowing next season could already be a complete write-off.

It’s not as if we don’t already face something of a mountain to climb to catch runaway champions Manchester City.

What will United do if Real Madrid snatch De Gea?

While losing De Gea would be a disaster for the club, Oblak is another one of the finest goalkeepers in the world at the moment.

Meanwhile, the Daily Mail have also reported of Liverpool’s inquiry over the Slovenia international, though they look like being priced out of a move as he’d cost approximately £80 million.

Replacing De Gea won’t be easy. It could be a repeat of the struggles Sir Alex Ferguson faced after getting rid of Peter Schmeichel.