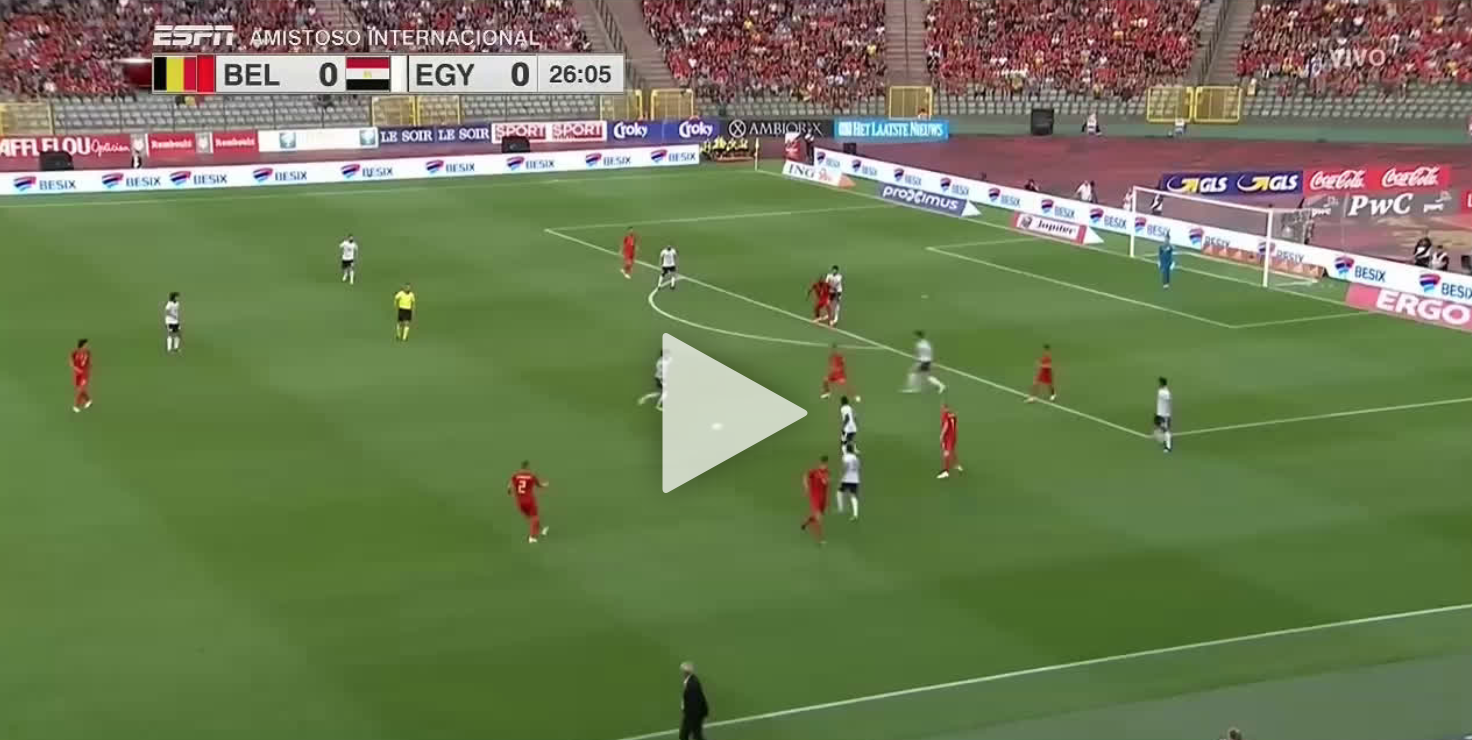 There was only one game concerning Manchester United last night with Belgium hosting Egypt.

Romelu Lukaku started while Marouane Fellaini and ex-United midfielder Adnan Januzaj were available from the bench.

Egypt weren’t long about leaving their mark with some crunching tackles, picking up two yellow cards after just seven minutes, but none of Roberto Martinez’s players came off injured with the World Cup just one week away.

Truth be told, Lukaku didn’t have one of his better performances with disappointing hold-up play as Belgium’s frontman. He was nowhere near the same level as Eden Hazard and Kevin De Bruyne, who, if they can replicate their form from Wednesday night, will set the World Cup alight.

That said, Egypt are not on the same level and are likely to struggle at the World Cup — with or without Liverpool’s Mohamed Salah.

Manchester United double winner from 2008, Wes Brown, was on commentary duty for MUTV and kept criticising the Pharaohs for not closing down Belgium and giving The Red Devils too much space in and around the box, but they just couldn’t get near Hazard or De Bruyne.

Fellaini and Januzaj were brought on as substitutes at half-time, and it was the former that put the game to bed at the very end by scoring a tap-in to make it 3-0.

Watch the goals below: