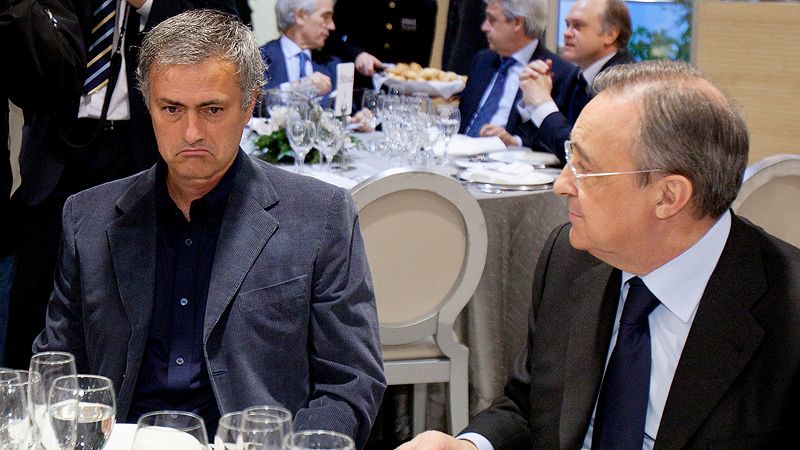 Real Madrid are still on the lookout for a new manager following the departure of Zinedine Zidane.

The La Liga giants were linked with all Mauricio Pochettino, Massimiliano Allegri, Jurgen Klopp, Joachim Low, but it is thought Real Madrid faced complications luring them in.

Spanish news outlet OKDIARIO now claim Real Madrid president Florentino Perez wants to bring Jose Mourinho back to the club, despite the Portuguese tactician being contracted to Manchester United until 2020.

Mourinho is currently among the highest paid managers in the game, earning approximately €26 million annually, so this move, like the other candidates, would be a complicated one for Madrid to pull off.

What’s more is Mourinho has unfinished business at Old Trafford, which makes a return to Madrid at this stage unlikely, but one would be foolish to rule it out in the future. Perez likes Mourinho despite the trouble caused during his time at the Santiago Bernabeu.

At least this time Mourinho won’t be able to pick on Iker Casillas, or blame the Spaniard when things go wrong…

Mourinho, at 54, is preparing for his third season in charge at Manchester United. In his first year he won the League Cup and the Europa League, but this term finished trophyless.

In his first year at Madrid, Mourinho won the Copa del Rey. The following season saw Los Blancos win La Liga while Bayern Munich deprived them of reaching the Champions League final. However, in Mourinho’s third year, they won nothing and a number of heavyweights in the dressing room turned against him.

Hopefully, his third season in charge of United is a better one.