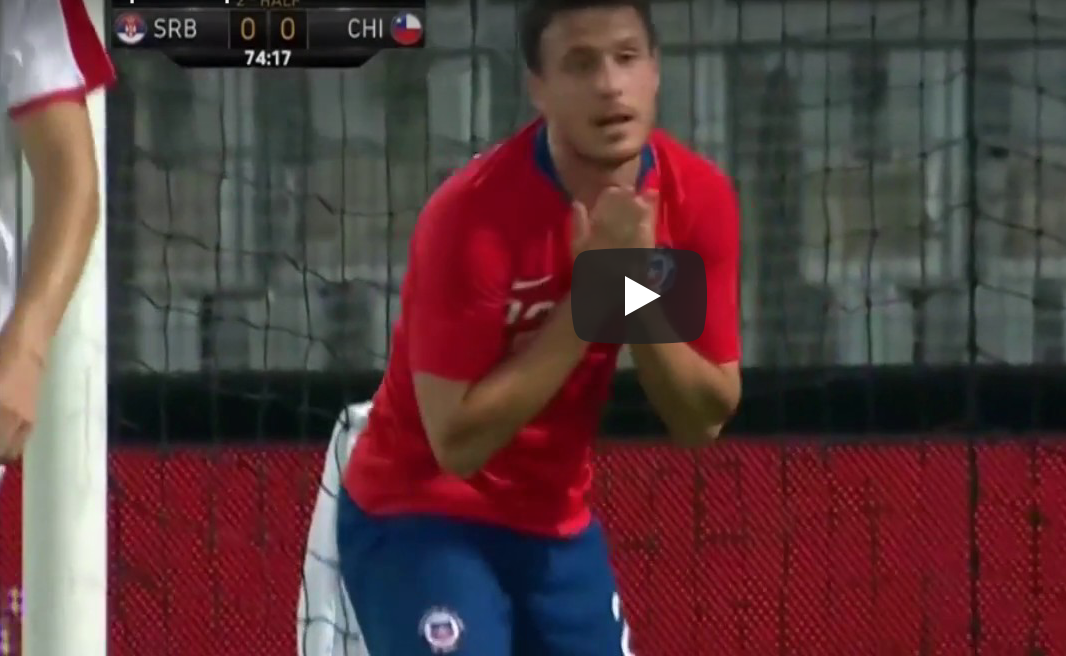 Serbia’s World Cup preparations took a blow in Graz as Chile, who failed to qualify for Russia, won 1-0 thanks to Guillermo Maripan scoring an 88th-minute header.

It could have been worse. Chile had an attempt to open the scoring 14 minutes earlier until Henriquez fluffed his lines.

Junior Fernandes’s squad pass was begging to be converted, but substitute Henriquez failed after a hideous mishit.

To cap off what was a miserable cameo performance, Henriquez also wasted a one-on-one opportunity.

Nemanja Matic came on as a substitute for Serbia, along with United transfer target Sergej Milinkovic-Savic. Both were unable to make a difference.

Henriquez currently plays for Liga MX side Atlas, the same club Ravel Morrison (remember him?) spent a season on loan.

Watching this, it’s no wonder he never actually played for the Reds.