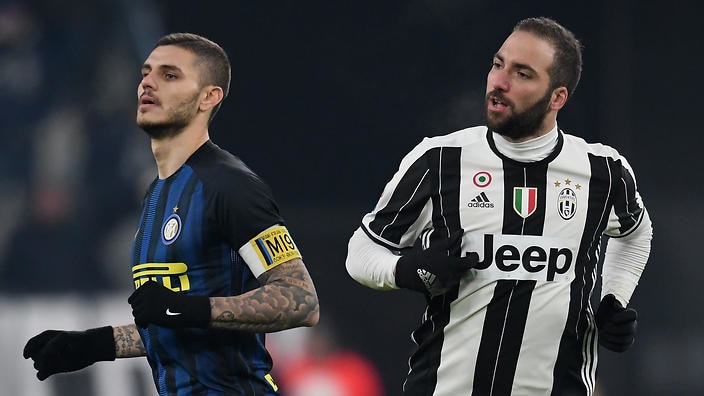 Inter Milan will listen to offers for Mauro Icardi this summer, according to youth sector chief Roberto Samaden.

The Argentine did not make Jorge Sampaoli’s World Cup squad, but he still had a fantastic season as Inter captain with 29 goals in Serie A.

Icardi, 25, has constantly been linked with moves to the Premier League for two-years at least, with Chelsea the latest side to be linked with a swoop for the goal scorer, as per the Metro.

But earlier this month, Calciomercato claimed Mino Raiola had established indirect contact with Manchester United over the player. The same article states Icardi has a release clause of approximately €110 million, which will be active from July 1 to July 15.

And, what’s more, Inter were reportedly eager to increase his release clause to €150 million in the closing months of 2017 when Arsenal were heavily linked, as per talkSPORT.

Samaden believes the right offer would force the club to sell, but that release clause would take a massive chunk out of Jose Mourinho’s transfer kitty should he show genuine interest in signing Icardi.

He told Sport Italia, as per the Metro: “He is one of the best strikers in the world. If there will be offers for him I believe the club will need to think about them, it is the law of the market that counts but I think that Icardi is a player of Inter and he will remain at Inter.”

Icardi is under contract at Inter until 2021, and may well extend his deal in a long-term contract since the Serie A giants are back in the Champions League next season.

With Romelu Lukaku already leading the line after costing the club a significant amount just one-year ago, I can’t see United spending that amount on another striker this summer.

That said, it would be a bigger joke to spend £50 million on West Ham’s Marko Arnautovic…