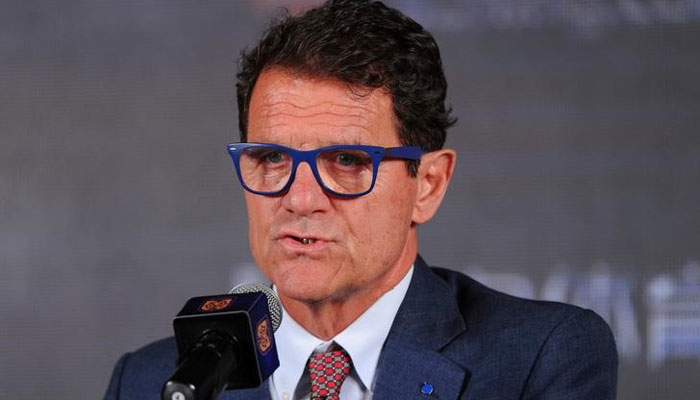 The reality of this is Ronaldo being linked with a sensational move back to Old Trafford every time that the transfer window opens and, more often than not, it ends with a bumper contract for the Real Madrid talisman.

Ronaldo is fast running out of challenges with the La Liga giants. Three Champions League wins on the trot, but Los Blancos haven’t exactly dominated the domestic charts with Barcelona just being too good.

“Cristiano Ronaldo’s future with Real Madrid? Cristiano wants to return to Manchester United alongside Mourinho,” he told Sky Sports Italy. “I think he will eventually leave Madrid to go back to England. When? This I don’t know.”

Zinedine Zidane’s shock decision will throw the future of some players in even more doubt, although it is likely to make life a little easier for Gareth Bale, who, despite being linked with a move to United, simply just wants regular game time, which the French manager couldn’t promise.

Capello, who managed Real Madrid on two occasions, has claimed that Zidane was dangerously close to being sacked before last weekend’s Champions League triumph.

“This was Zidane’s choice and I think it was the right one,” Capello said. “He knew that Florentino would’ve sacked him if it wasn’t for that third straight UCL win. It was a matter of time. I was sacked from Real Madrid after a successful season… I think Zizou made the right call.”

In terms of potential successors, Arsene Wenger was an early favourite to take over at Real but Capello has also admitted that Spurs’ Mauricio Pochettino remains a potential candidate as club president Florentino Perez aims to make an impact.

“What about Pochettino? Yes, he could also be an option but let’s see,” Capello said. “If Ronaldo leaves Madrid, Real will have to replace him. Lewandowski could be an option. Benzema’s future? He is on Florentino’s good list. He got rid of Higuain to keep the French man. I don’t think he will sell him. Let’s not forget, it’s Florentino who makes the calls…”.