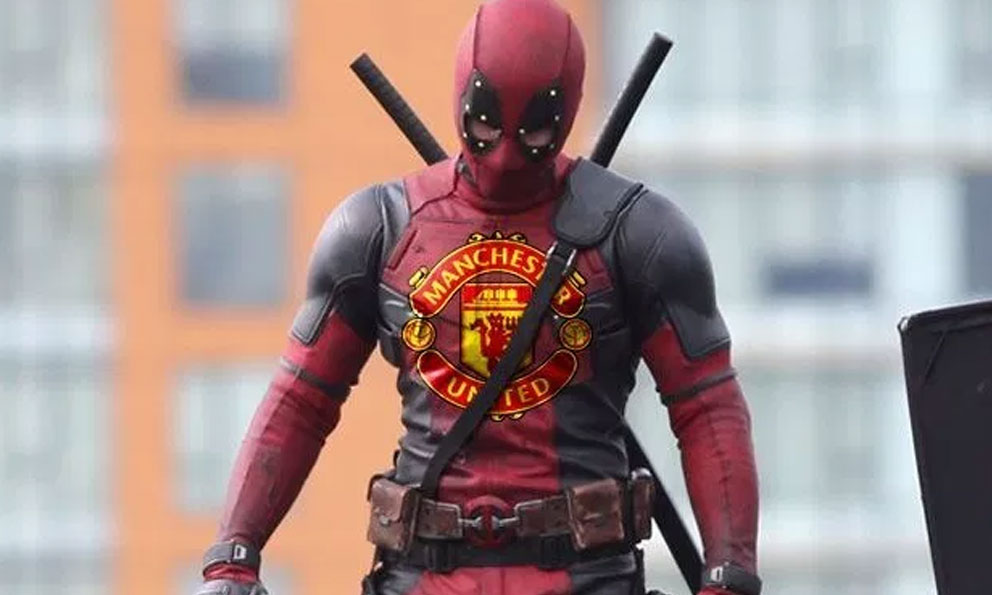 No football club saw the opportunity of the information age and seized it quite like Manchester United.

Perhaps the most recent indication of this is the advertisement of the latest Deadpool movie. As adverts go, it was a good one. Certainly, far more bearable than this insufferable tomato juice attempt, and this isn’t because I like Deadpool.

That Deadpool advert though, not intentionally I think, provided a microcosm of what United has become in recent years. Many people would have noticed the frank mention of 625 million followers – that’s a huge number, any way you cut it – but United’s inclination to the commercial is allegorical in the way the advert unfolded.

Basically, the man in red and black tights, takes over Old Trafford. From the main entrance to the locker rooms, to the tunnels, to even the lines-men’s flags. All was Deadpool.

Now, I’m not suggesting that an inclination towards the commercial would have anything as drastic as sponsor labels on the centre circle afflict United. Heck United is free from stadium renames and shirt-back branding. United is still a football club rather than a vehicle for revenue, but when the Club’s CEO makes comments such as: “Playing performance doesn’t really have a meaningful impact on what we can do on the commercial side of the business.”, you start to worry just a little bit.

Full credit has to go to Mr. Woodward and everyone else that has been a part of making the United brand the force it is in the digital age. They have created, a money-making juggernaut, the envy of brands the world over; take nothing from them.

The thing is though, to properly brand something, you need a story to tell. And the United story is amongst the very best. Humble beginnings, tenacity, tragedy, surmounting unbelievable odds, stardom, romance, legends; everything. Central to all of this though is the football. When it was good when it was bad when it was magnificent.

It is easy to lose sight of how football is intrinsic to this club when looking at balance sheets, profit – loss margins, or share prices. These things matter, especially when football clubs are for-profit businesses rather than community endeavors. But they shouldn’t take precedence over the football.

Mr. Woodward might be right that performance on the pitch doesn’t affect the commercial side, but that’s taking a very short-sighted view of things. If the football dips continuously, the commercial side he’s so confident of would also tumble. Just ask Leeds. Who? Exactly.

The commercial side is currently reaping benefits from the football invested in the past, if Mr. Woodward wants to be the go-to club for Deadpool 6, he had better sow the footballing seeds right now.

I implore Mr. Woodward to borrow a page from Porsche:

When Porsche makes 4-wheel drive cars, they, knowing that their cars are patronized by serious drivers (I’m talking petrol-in-cereal-instead-of-milk serious) that would lose their spark plugs if said cars handled like logy SUVs like a Wrangler or something. So, Porsche ensures that though the car is 4 a four-wheel drive, most of the power goes to the back tires, 60% of it in fact; ensuring power-slides, burnouts, and other such serious driver leisure.

That’s all I’m asking, Mr. Woodward. This is a football club, let that take up 60% of your efforts. Deadpool can have the other 40%, he’s cool.