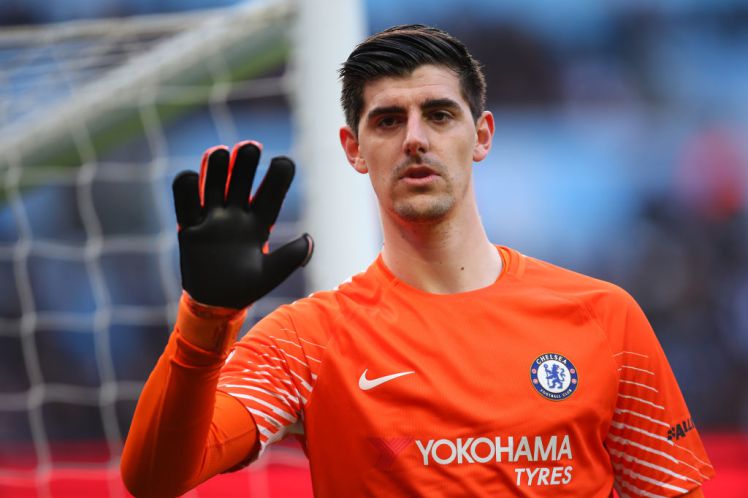 Back in January, Manchester United manager Jose Mourinho indicated that Manchester United were working on a new deal to extend David de Gea’s contact and since then there has been nothing to suggest the Spaniard would be leaving.

It would make you wonder why De Gea, the best goalkeeper in the world, isn’t looking back to his native country thinking had he left Manchester for Real Madrid during previous transfer windows, he would have won at least one Champions League.

At United, that has yet to happen. The last time the club won the Champions League was 2008, with Dutch football legend Edwin van der Sar between the posts.

But, De Gea definitely continues to be a transfer target for Real Madrid, even if they don’t fancy their chances. Their presence will be felt for however long Los Blancos sniff around.

Chelsea apparently offered Courtois a new deal in December when both parties were close to an agreement, but talks were then pushed ahead. Since then, Paris Saint-German have held talks.

Chelsea offered Courtois a new deal in December. They were close to an agreement at a certain point, but talks were then pushed ahead. Since January: no negotiations anymore. PSG held talks (but will opt for Buffon), Real sniffing around.

This suggests to us that the La Liga giants have finally jogged on. United cannot expect to improve next season if we sell our only world-class player, without any real alternative, in the current market, being anywhere near as good.

De Gea was voted Manchester United Player of The Year for 2017/18 – an honour he’s won more times (4) than any player in United’s rich history.