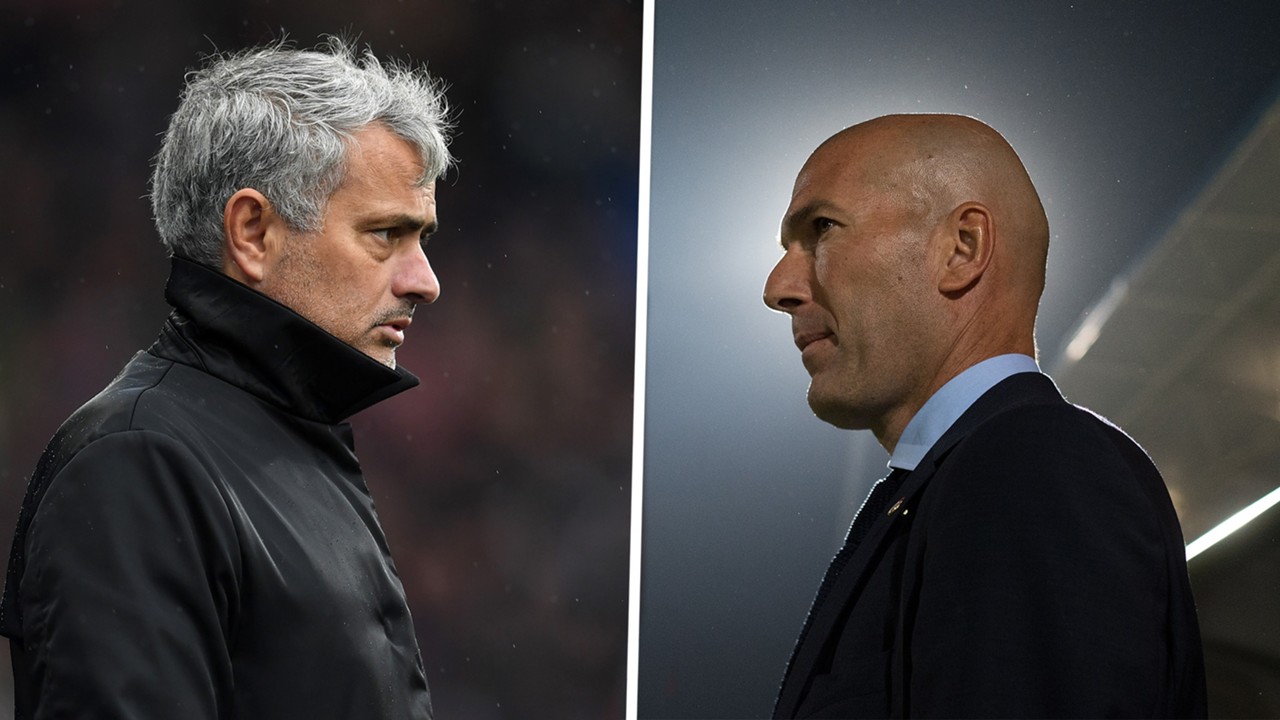 However, in the latest football bombshell, the Frenchman unexpectedly announced he was stepping down as manager at a press conference on Thursday, stating Real Madrid ‘need a new voice’.

READ MORE: How Man Utd are being linked with the wrong West Ham striker

It left Manchester United fans pondering what implications this news would have on their team:

Is Zidane now primed to take over at Old Trafford?

Indeed, at the time of writing, we conducted a poll on our Twitter page asking who our followers would prefer in charge- Mourinho or Zidane. The result? Zidane narrowly coming out on top, with 53% of the 639 voters opting for the Frenchman

On that note, who would you prefer at United next season as manager?

Much has been made and moaned about Mourinho’s style and whether he is actually progressing his United team. Before we get too hasty, Zidane’s whites did not get close to Barcelona this season- a team in transition having lost Neymar to PSG.

That said, Guardiola was equally untested in England and delivered a phenomenal brand of football and results to match last season. The Frenchman probably has got used to plonking his cheeks in the hotseat but how about getting the feel for English football as Mourinho’s assistant before taking the reigns?

The idea of Zidane as manager one day is a romantic one but would come with an obvious element of risk.

Where does it leave United’s pursuit of Gareth Bale?

Bale had largely been overlooked by Zidane and, as cruel as it sounds, his departure was probably greeted with as equal enthusiasm from Bale as his slide on his chest with arms outstretched after his wonder goal in Kyiv just days ago.

If you were Bale, Zidane’s departure has clearly given him fresh hope that he can have a fresh start in the Spanish capital. A new manager invariably gives players a clean slate and a new chance to impress. It leaves United’s hopes of signing him hanging with the balance tipped disadvantageously. Any move would probably now go down right to the wire, once Bale has had the chance to ascertain whether he is part of the new man’s plans.

Can United afford to wait? Their need for a right-winger is abundantly clear and ideally, any signing would participate in the club’s pre-season tour, to settle into the club. This news could force United to look elsewhere.

United’s undisputed number 1 was widely known to be admired by Zidane, with further attempts being made to tempt De Gea back to his hometown.

Keylor Navas is not universally popular within the Bernabeu and Real Madrid have been linked with a host of goalkeepers, not just including De Gea. The likes of Courtois, Kepa and Allison have all had their names associated with Los Blancos, which shows how ruthless they can be when you consider Navas has been part of their last three Champions League winning sides.

As far as United are concerned, it should not move the goalposts in their stance over De Gea- he is simply indispensable and deemed not for sale and who could blame them?

It’s fair to say Zinedine Zidane’s departure from Real Madrid will have wide-ranging implications across the football world- and you cannot rule out Manchester United from being caught up in the storm one way or another.