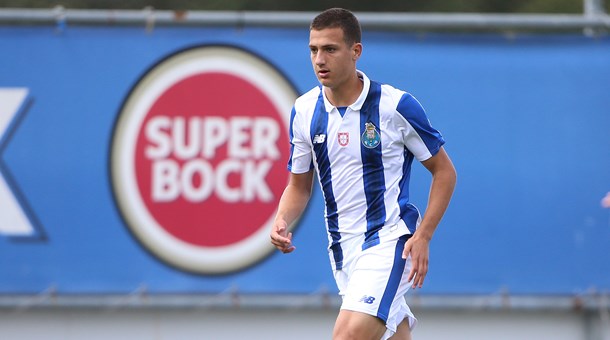 Diogo Dalot is not yet a household name but that could change very soon.

Former FC Porto midfielder Bino has predicted a bright future for young right-back Diogo Dalot, who will see his popularity rise significantly should he join Manchester United this summer.

Reports emerged on Tuesday afternoon that United had triggered the €20 million release clause in his contract and personal terms had already been agreed. The Times reporter Duncan Castles has since added fuel to the fire by suggesting United want to get the deal done as fast as possible.

Apparently, Jose Mourinho wants the 19-year-old to offer strong competition for Antonio Valencia before eventually becoming the Ecuadorian’s successor at right-back, but he should also face competition from Timothy Fosu-Mensah, who will return from a season-long loan at Crystal Palace.

“Above all, I believe in the potential of the player. Dalot is a sensation and he has been showing it over the last few years.

“Having the opportunity to move abroad even before playing properly in Portuguese football shows the potential he has.”

Dalot has made just eight senior appearances, all coming last season including in the Champions League Round of 16, Second Leg 0-0 stalemate against Liverpool at Anfield.

Bino added: “I believe if he goes to Manchester, the indications are good as Jose Mourinho already has prior knowledge of the player.

“He has all the potential and could succeed – that is what we all believe in and are hopeful about,” the 45-year-old continued.

“He is a young Portuguese footballer who can do well abroad and in the national team because he has all the conditions to become a phenomenon in his position.”