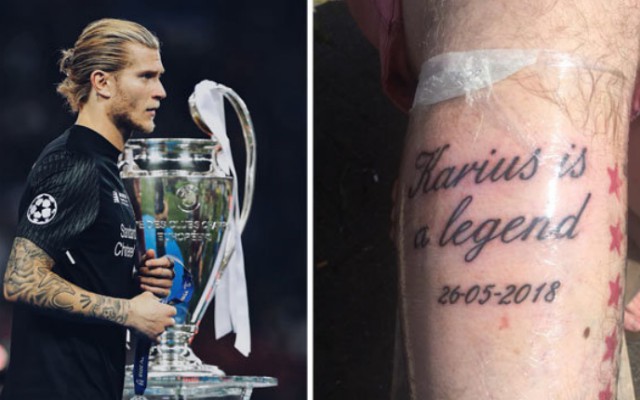 Liverpool goalkeeper Loris Karius had a nightmare in the Champions League final on Saturday night as his two shocking errors helped Real Madrid to European success.

The German shot-stopped won’t ever want to look back on that game, having produced the two biggest mistakes he will ever pull off in his footballing career in possibly the biggest game he’ll ever play.

Jurgen Klopp has to take some responsibility for not signing a better goalkeeper than Simon Mignolet and Karius last summer. Let’s not forget what he said back in March, as per Four Four Two: “If he was not a good goalkeeper, I would be the biggest idiot in world football.”

Karius wasn’t under any pressure when he threw the ball out in front of Karim Benzema. The French striker only had to stick his leg out to block the throw and the ball rolled into the onion bag.

The second goal came through no fault of Karius when Gareth Bale scored one of the greatest goals you will ever see in a Champions League final, but the Welshman’s second and Real Madrid’s third was something from Comedy Central.

Karius put the game to bed when he left Bale’s shot break through his hands, almost patted into the back of the net. Bale couldn’t believe his luck as it was this mistake that handed Los Blancos the 2018 Champions League.

However, Karius has been joined in the embarrassment ranks by a Manchester United fan in an act that relates to the final.

According to the Daily Star, a United fan actually commemorated the match by getting ‘Karius is a legend’ tattooed on his arm.

We can take the piss all we like, but that’s taking things to a new extreme. How silly does it look?

A Manchester United fan has actually got a tattoo about Loris Karius… 🙄🙄 pic.twitter.com/NXiTj7lzfG