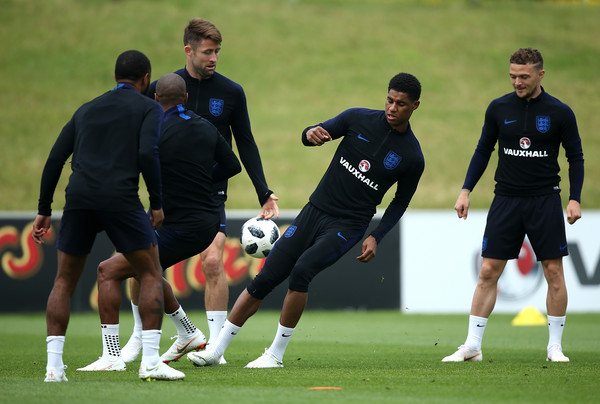 England got underway with their World Cup preparations at their training camp in Burton ahead of next month’s prestigious tournament.

As seen in the photos, Ashley Young, Jesse Lingard, Marcus Rashford and Phil Jones were all involved in training.

All four players started United’s FA Cup final defeat at the hands of Chelsea earlier this month, and they’re all looking to put that behind them in hope of a successful summer, which, to be honest, is unlikely.

Gareth Southgate controversially left out Chris Smalling as he preferred Jones and Manchester City’s John Stones — even Gary Cahill is considered a surprise to some.