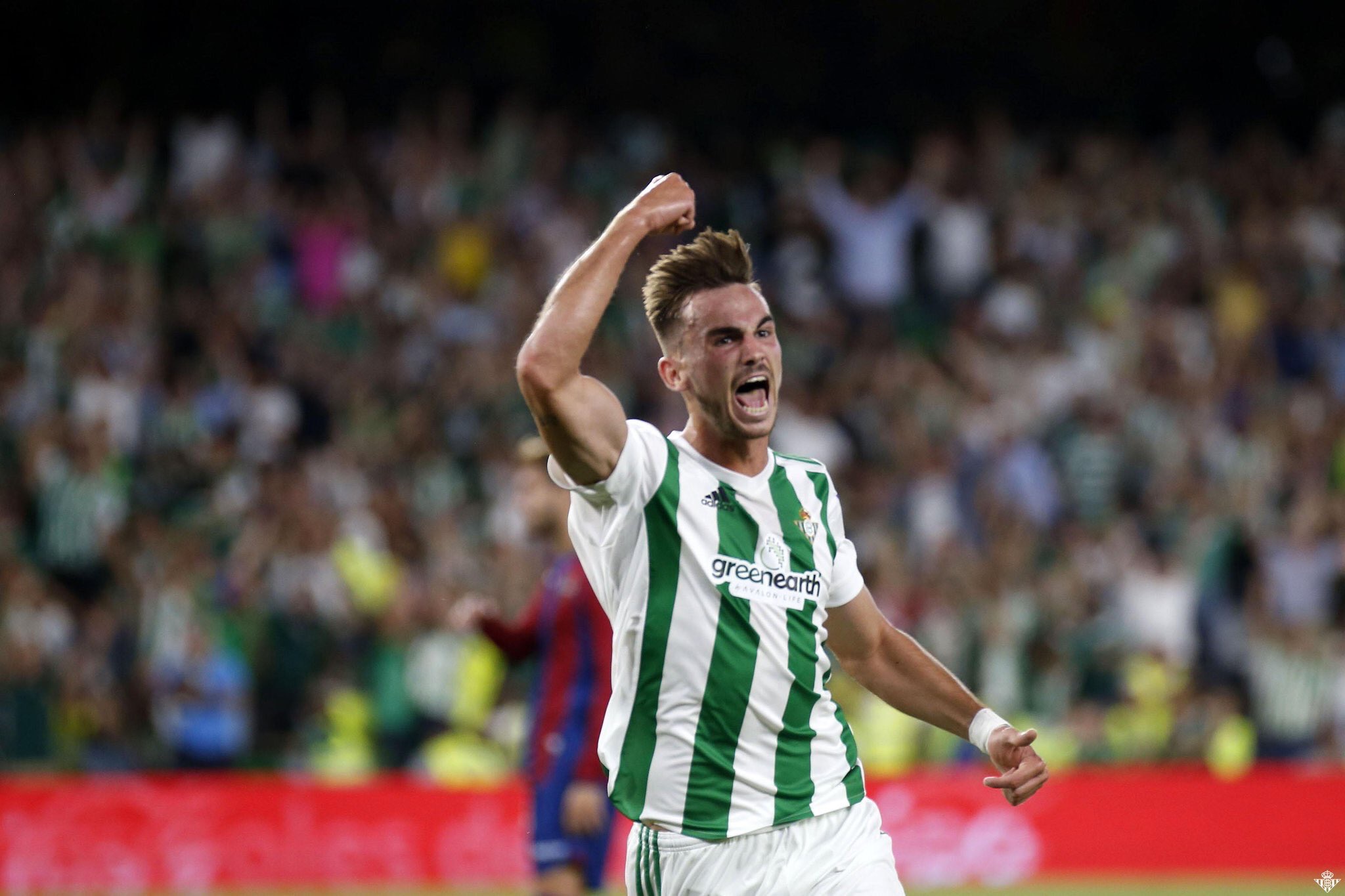 Fabian Ruiz is considered one of the hottest midfield prospects in Spain at the moment – so much that he has both Barcelona and Manchester knocking on his door.

I got in touch with Carlos Urbano, a sports journalist based in Seville. He is director of Beticismo.net, the biggest fansite about Real Betis since 2011, and he has even contributed to Marca and the BBC.

Sit back and enjoy. Here’s some insight on Fabian Ruiz.

Dale: Barcelona and Manchester United have both been heavily linked with Real Betis midfielder Fabian Ruiz. With the Reds potentially losing Marouane Fellaini this summer and Michael Carrick retired, what sort of player can we expect?

Carlos: I wouldn’t say he would sign for United to replace any of them, because he’s more a playmaker than a defensive midfielder, although he can also play in that position. At Real Betis, he has helped the defensive midfielder and the centre-backs to start the game from behind, but he assisted and scored goals as well. He’s quite complete as a midfielder, but I don’t see him playing in a team like José Mourinho’s Manchester United, which would waste away his talent from my point of view.

Dale: What are Fabian Ruiz’s strengths and weaknesses?

Carlos: His passes are quite accurate (86,4% average this season). He gave six goal assistances. But his shooting skills have also improved a lot since he made it to the first team, scoring three goals. All of them from outside the box. Furthermore, ball recovering is one of his less known virtues, always eclipsed by his natural talent as a playmaker.

But I’m afraid that his fitness might be not strong enough to make it to the Premier League yet. He’s been working on it with Marcos Álvarez, Betis’ fitness coach, but he still lacks of strength enough.

Dale: Do you think a deal is likely this summer?

Carlos: I would say yes. Some hours ago, El Confidencial revealed that Real Betis is trying to get Dani Ceballos back from Real Madrid. Obviously, that would make it difficult to Fabián to play as much as this last season. Probably, Betis would sell him to afford Ceballo’s transfer. His release clause is 30 million euros.

Dale: If you could compare Rabian Ruiz to one player, who would that player be?

Carlos: It’s complicated to make any comparison because he’s a very tall guy, but has a lot of talent on his feet. It’s not the typical short Spanish play like Xavi or Iniesta. He has class, but in a different ‘wrap’. I believe that’s what make him so special at this moment. Is not the typical Spanish ‘jugón’.

Dale: Finally, I’d like to thank you for answering the above questions for Stretty News. Before we let you go, have Real Betis other players we should be keeping an eye on?

Carlos: Obviously, Marc Bartra. He’s one step ahead from the rest of the squad. Bartra signed for Betis to get to the World Cup; to be the most important player and shine. Unfortunately for Betis, his awesome performances will attract many top clubs. It wouldn’t be strange if Manchester United asked about him as well.