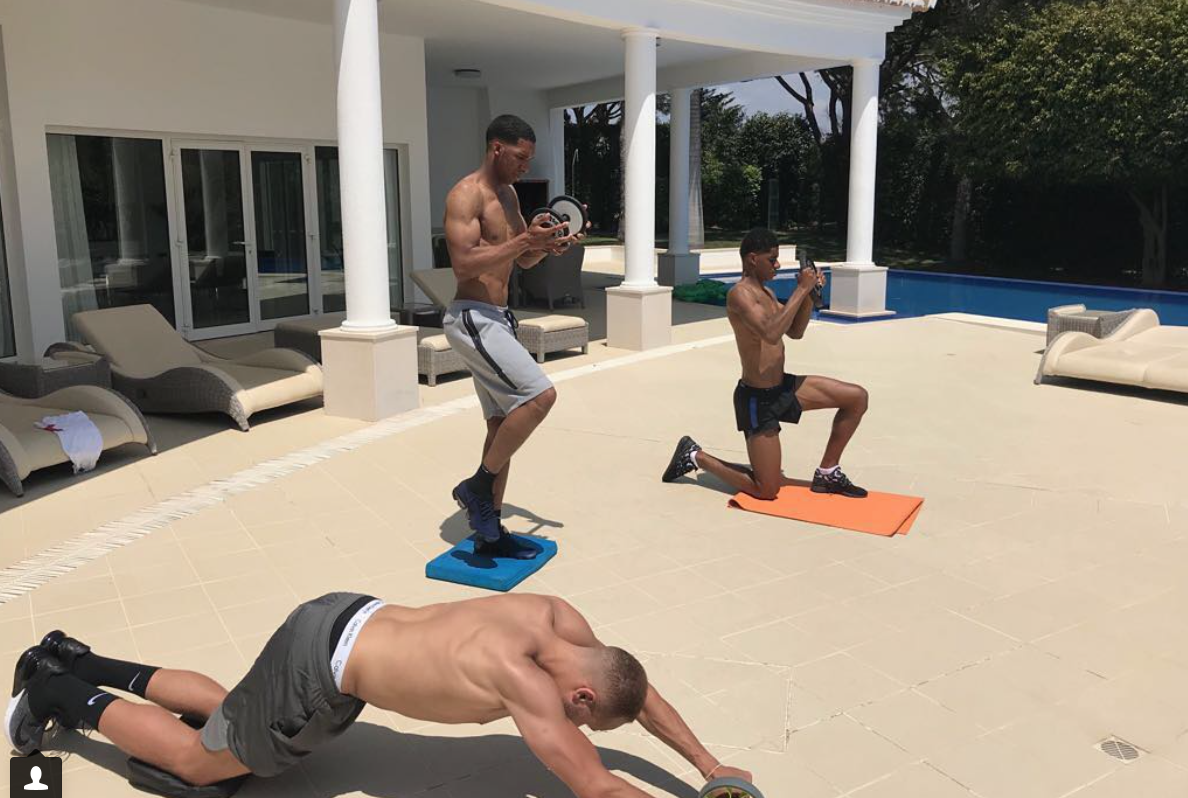 The season may be over, but there can be no rest for Manchester United starlet Marcus Rashford.

Rashford is on a week’s holiday in Portugal following United’s FA Cup final defeat to Chelsea and ahead of joining the England squad for the World Cup.

READ MORE: Man Utd fans have their say on transfer target – ‘It would be a huge improvement’

In an Instagram upload posted by his brother Dane, Rashford can be seen working out in Faro.

Also training with the Rashford brothers is their cousin, Lois Maynard, who plays for Salford City as a midfielder.

Rashford, 20, scored 13 goals and contributed nine assists for United over the course of the season. Those performances were enough to earn a spot in Gareth Southgate’s England squad, announced last week.

England play two warm-up friendlies ahead of their trip to Russia – against Nigeria at Wembley and Costa Rica at Elland Road in Leeds.

Their World Cup group consists of Tunisia, Panama and Belgium.