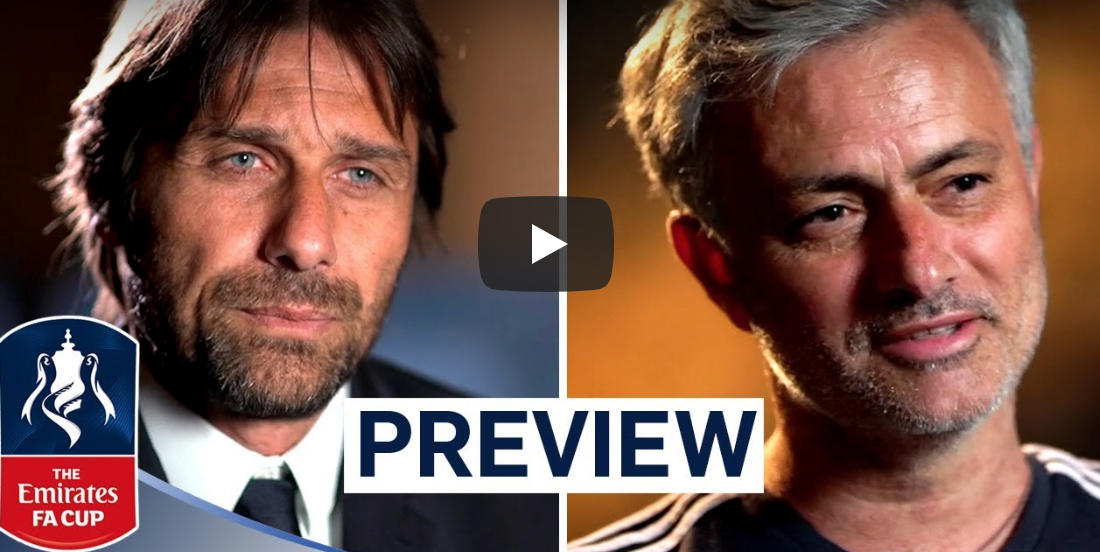 The FA caught up with Manchester United and Chelsea managers Jose Mourinho and Antonio Conte before their FA Cup Final meeting on Saturday.

Chelsea struggled this season and even failed to qualify for the Champions League for next season. United, on the other hand, saw progression under Mourinho by finishing second in the Premier League.

Now, both seasons end with either heartbreak of glee with FA Cup glory at stake.

The Reds last won the FA Cup in 2016 thanks to a cracking Jesse Lingard volley against Crystal Palace, whereas Chelsea were beaten in last year’s final with Arsenal claiming a surprise victory.

Let us know in the comment section if you fancy the Reds to win the FA Cup final at Wembley.