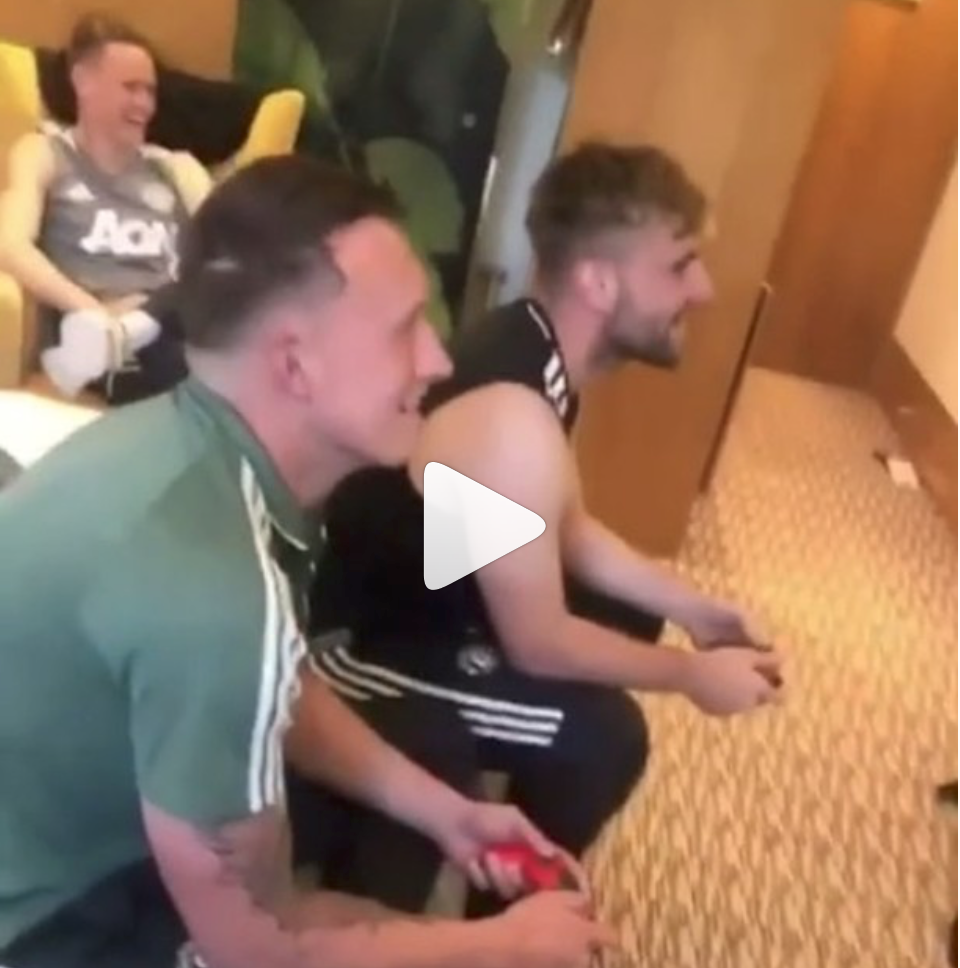 The FA Cup is around the corner and it’s good to see the players bond in preparation for the 2017/18 season’s last game.

Guess the score between Luke and Jonesy 🤔 Luke defo won 😏

While it’s unclear what game Phil Jones and Luke Shaw are playing, the players look relaxed and ready to take on Chelsea at Wembley.

Sources close to the squad tell us Shaw is one of the more competitive gamers, with a good number of them regularly playing Call of Duty during their time off.

The video above somehow ended up in the hands of a Luke Shaw fan page on Instagram, who might have to become familiar with posting about other clubs after the summer transfer window.

It features Scott McTominay and Phil Jones, who looks to be under pressure presumably after getting a beating from Shaw.

However, all attention now must turn to winning the FA Cup. The lads can enjoy their fun and games for now, but they know when that goes out the window and it’s time to get serious.