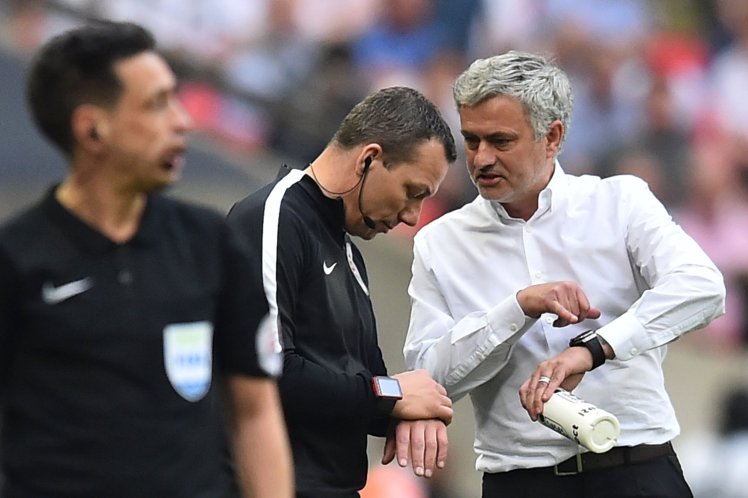 Former Manchester United striker Dwight Yorke has fired back at Jose Mourinho’s critics and insists the Reds have ‘progressed massively’ since the manager’s arrival.

This comes just days after Jose Mourinho’s interview with Portuguese newspaper Record, translated by Sport Witness, where he hinted some former players turned pundits would rather see United fail than be successful under a different manager to Sir Alex Ferguson.

United lifted the League Cup and Europa League during Mourinho’s first season in charge, and Yorke believes winning Saturday’s FA Cup final would be another huge step towards lifting the Premier League title next season.

The Reds take on Mourinho’s former club Chelsea at Wembley.

The former Chelsea boss has also guided United to second-place in the Premier League this season, and yet some fans are frustrated with Mourinho’s defensive brand of football and his man management towards some of the club’s biggest stars.

But Yorke has come out defending the manager and says lifting the FA Cup would represent another great season for the club, despite seeing rivals City crowned Premier League champions and Liverpool reach the Champions League final.

“Finishing second in the Premier League and winning the FA Cup – that would be another fantastic season for us,” the former striker told talkSPORT.

“When you look at what Mourinho did last season – we finished sixth but he masterminded two cup wins and got us back into the Champions League.

“We finished second this year and are in another cup final – if we can win that, I would think that’s massive, massive progression.

“A lot of people go on about the style of football, but there have been some massive performances from United this season. Turning Tottenham over, coming back to win away at Manchester City, beating the likes of Liverpool – those were massive results.

“It’s just the inconstancy that’s frustrating, and it will frustrate Jose as much as anyone else.

“What United have done under Mourinho is very, very good progress.

“Providing that they win tomorrow, I think he’s setting it up nicely for us to win the Premier League next year – that’s the ultimate aim.

“Then he will walk away thinking, ‘I don’t know what people are complaining about’.

“He continues to deliver silverware. It might not be done in the manner to everyone’s liking, but he certainly is producing the goods for us.”

Hopefully the lads bring home the FA Cup, this weekend!