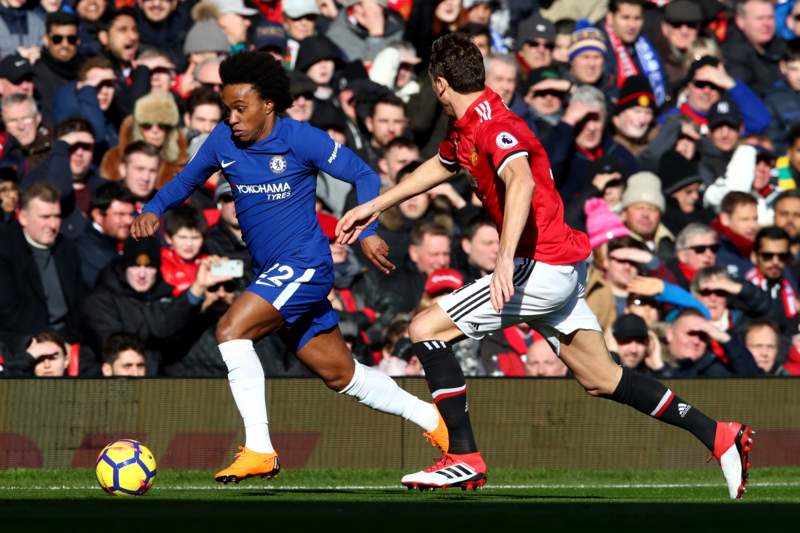 Ahead of this weekend’s FA Cup final, here are the thoughts of Chelsea fan and editor of chelsea-news.co Will Faulks (@willfaulks) on his team’s chances of winning the cup, negotiating a deal for Anthony Martial with Willian going the opposition direction and sacking another manager.

Dale: Well, that was a disastrous end to your Premier League campaign. In hindsight a win wouldn’t have a difference but these aren’t good vibes ahead of a cup final. Do you think Antonio Conte should have been sacked before the end of the season?

Will: I don’t think so. It’s easy to look back and say yes, but bear in mind we had four good wins in a row before the draw with Huddersfield. Newcastle was a disaster but it would still be a pretty low blow to sack Conte a week before the final he got us to, a year after coming close to a double. Clearly there are huge issues and he will be gone in a week’s time, but I still believe we’re better off with one of the best coaches in the world on the bench for a one-off game rather than with some under-prepared caretaker thrust into the spotlight to be eaten alive by Jose Mourinho.

Dale: The FA Cup now gives Conte a chance to go out on a high, and it’s easy to forget he won the title just last season, so how do you fancy your chances at Wembley on Sunday?

Will: To be honest I don’t fancy them at all! We’re side totally lacking in belief and morale at the moment, and the players look like they’ve even run out of pride to play for. To compound that we’re up against a very strong team coached by Jose Mourinho. Of course anything can happen – as we found out to our cost in last year’s final! We still have the players and structure to defend well and the quality to score a goal – so I’m not writing us off totally yet.

Dale: Mourinho is, without question, the greatest manager to sit in the hot seat at Chelsea. Would you take him back?

Will: Not now. He’s a great manager who did great things for the club, but his focus is on short-term success. That was exactly what we needed at the time – and is exactly what you needed when you appointed him – but I think we should aim to find someone who is more forward looking now we have the chance. The only advantage of being in such a slump is that you can afford to take a gamble when there’s less to lose.

Dale: There has been reports of late linking Willian to United with Anthony Martial going to opposite way. Fair swap or not?

Will: I think it would favour us if it was a straight swap, just because of the age difference. Martial still has a huge amount of potential, although he may never reach it. Willian is a very good player but probably only has a couple of years left at the very top. If you offered me that swap for this summer I think I’d take it just on the hope that we can get more out of Martial long term.

Dale: Finally, I’d like to thank you for answering questions for Stretty News. What is your scoreline prediction for the 2018 FA Cup final?

Will: 2-0 to Manchester United, unfortunately. You’ll score once in the first half then catch us on the break as we push for an equaliser late on.

You can read my responses to Will’s questions here.