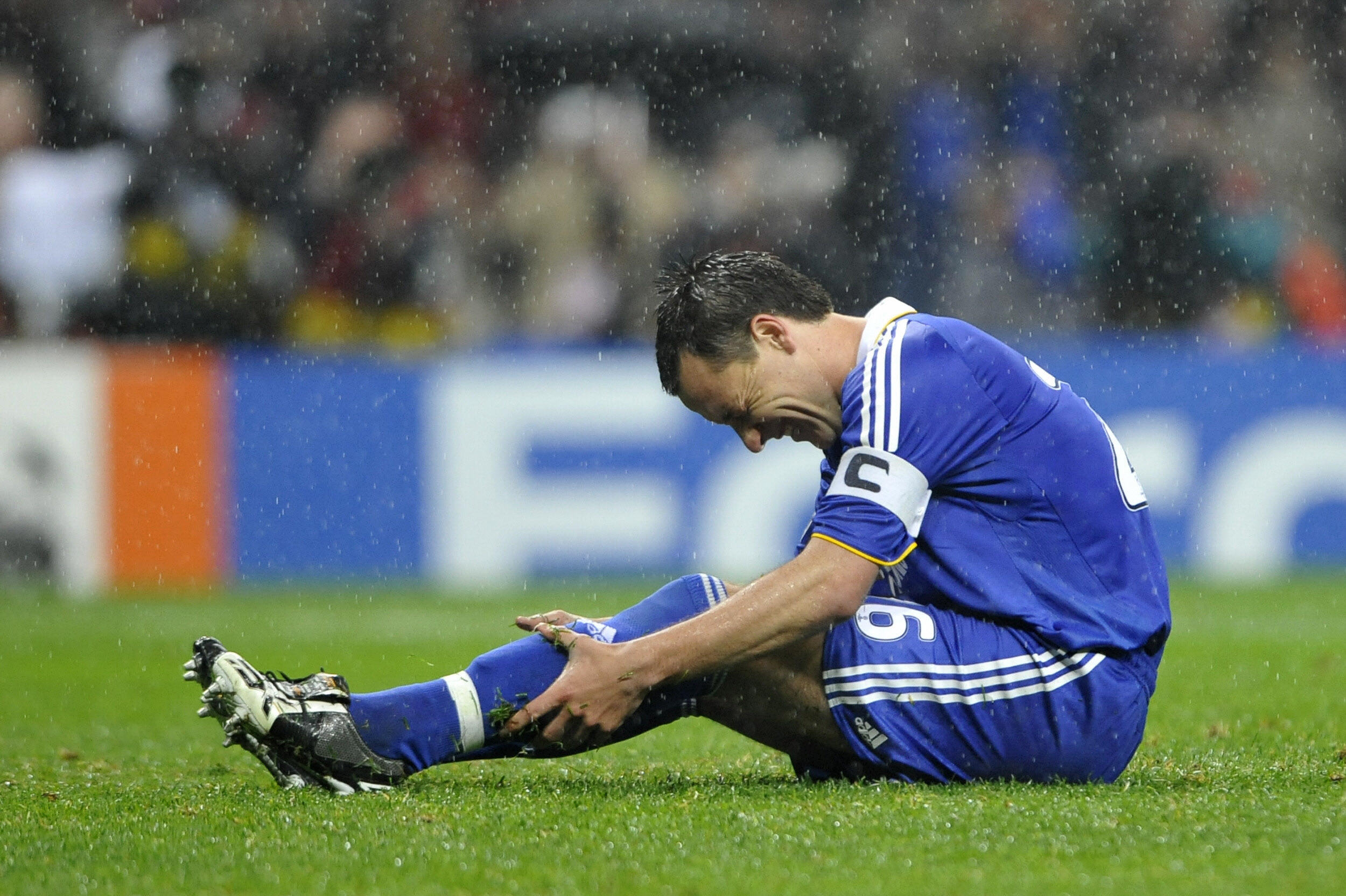 I wouldn’t have John Terry at my funeral. Yeah, try work that one out.

Terry, Mr. Chelsea, or whatever you prefer to call him (my preference would be deemed too vulgar for our younger readers), played a significant role in winning our third European Cup a decade ago, but there’s no way he’d be accepted at Old Trafford.

It wouldn’t go down well with fans if Jose Mourinho was to appoint Terry as his new assistant manager, with Rui Faria leaving the position after Saturday’s FA Cup final against Chelsea.

However, Mourinho’s latest comments about his soon to be revealed assistant manager have got people assuming it may well be a possibility.

And, seriously, I’d rather eye-gouge myself repeatedly…

Speaking to Portuguese newspaper Record, Mourinho clarified in an interview, translated by Sport Witness, that Faria’s departure would lead to the appointment of someone who was not of the same nationality. He also added the individual must remain anonymous for the time being as they are currently attached to another club.

“It’s a person who worked with me before, but I can’t say the name because he’s still linked with to another club,” Mourinho said.

Fans picked up on this and assumed Mourinho was referring to Terry. They could, of course, be tweeting tongue-in-cheek if that makes any sense.

My first reaction was ‘Oh my God it’s John Terry’, @LucasSposito_ assumed I was joking.

But I can’t decide if I was or not. 😂https://t.co/yd4crmGrrf

So who is going to be this mystery assistant for JOse. Imagine the scenes if john terry rocks up in full kit shinnys the lot