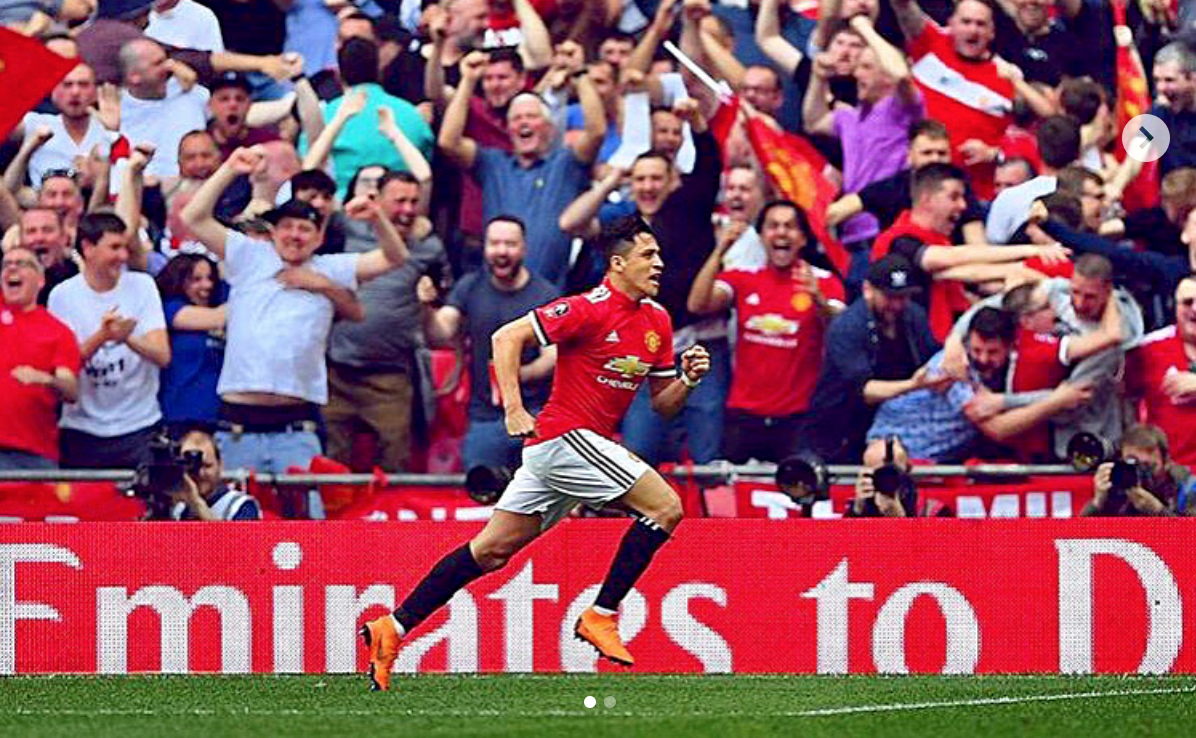 Alexis played his first game at the national stadium five years ago and has since shown that he can rise to the big occasion, as he now boasts a formidable record of seven goals and an assist in six appearances.

The Chilean now boasts eight goals in his eight Wembley appearances for club and country, including three in four FA Cup semi-finals. Of course, Alexis found the back of the next against Spurs in the last round as United cruised through to this weekend’s final.

On Saturday, Alexis will get a chance to continue his Wembley magic.