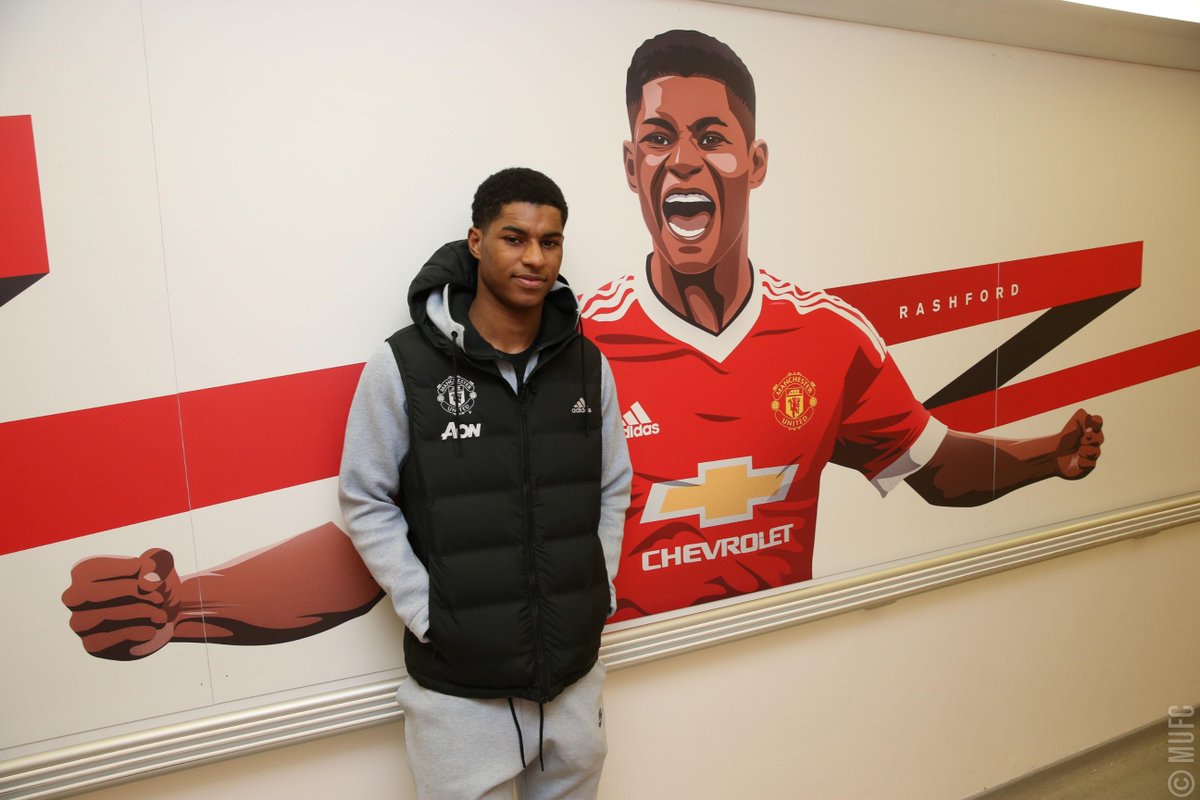 Marcus Rashford is going to his first World Cup as a senior England international at the age of 20.

After years of you standing on the touch line in the cold and rain, Mum we’re off to the World Cup! 🦁🦁🦁

The Manchester United academy graduate has had his game time cut at Old Trafford since the January arrival of Alexis Sanchez but took his chance on Sunday by scoring the only goal of the game against Watford when the Reds hosted Watford in the final Premier League match of the 2017/18 campaign.

He is a striker that’s been forced to play out wide on the left for United while Romelu Lukaku is preferred as the central piece. Along with Anthony Martial, Rashford has had to fight for his place.

We’re hoping for a sensational Rashford performance should be feature in Sunday’s FA Cup final against Chelsea before he leaves for England’s World Cup preparations.

Reacting to Gareth Southgate’s call-up, Rashford captioned a photo on Instagram: “After years of you standing on the touch line in the cold and rain, Mum we’re off to the World Cup!”

The difference between winning and losing the FA Cup final may well be down to our attackers being clinical in front of goal. Chelsea will be pretty downbeat following their 3-0 defeat at the hands of Newcastle.

Will the Blues turn it around and see manager Antonio Conte out on a high?