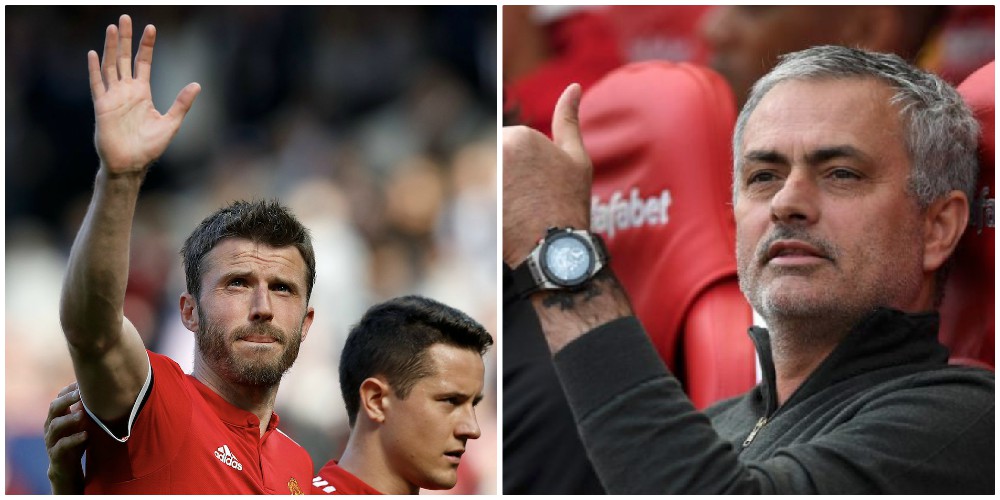 Manchester United midfielder Michael Carrick bid farewell to the Old Trafford faithful from a playing capacity on Sunday and expressed his gratitude towards Jose Mourinho for giving him an opportunity on his coaching staff.

Carrick started in United’s 1-0 win over Watford and captained the side in his last league appearance as he will be hanging up his boots at the end of the season.

During his time at United, Carrick won five Premier League titles and a European Cup. He is ready to take his experience into what will hopefully be a successful career as a coach.

Carrick believes he will be learning from one of the best managers in the world and is certain the club is going to win a lot more under Mourinho in the coming years.

Addressing the fans, Carrick said: “I am retiring today and my role changes, so I need to thank Jose for the massive opportunity.

“I am looking forward to working with him as he is one of the best and I hope he is going to teach me a few things.

“And I am sure we are going to win a few things together in the years to come.”

Carrick played a key role in United’s only goal of the day, scored by Marcus Rashford, and assisted by Juan Mata. Many fans left the ground on Sunday wondering what would have been had we saw more of him and Mata this season.

Best of luck with everything, Carrick, and thank you for being such a great servant to Manchester United.