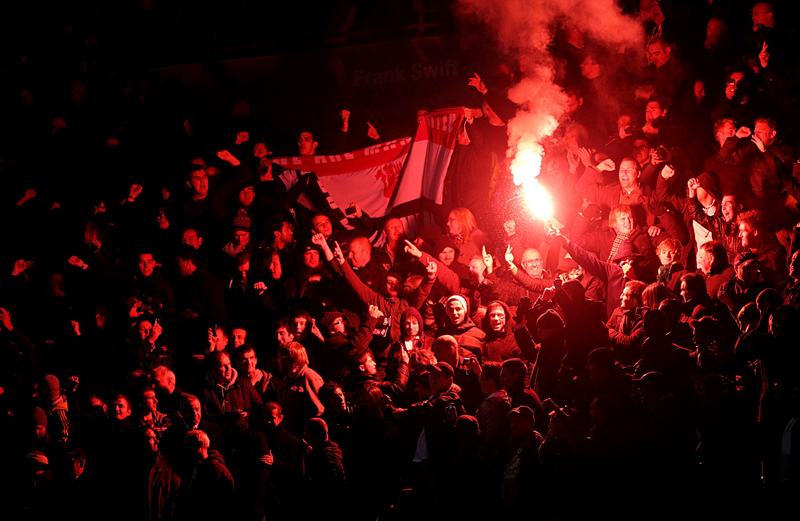 Manchester United travelled to the London Stadium on Thursday night for their final away game of the 2017/18 Premier League season. It was United’s away support that made most of the noise on the night, which won’t come as a surprise to anyone.

It’s no secret that the Hammers aren’t too fond of the stadium they’ve called home since leaving Upton Park, and that’s took its toll on the atmosphere. Some might say it’s even contributed to their dip in form.

READ MORE: Jose Mourinho has a go at Luke Shaw from the touchline

Time has gone on, but the Hammers remain frustrated about the ground and by the sounds of it they’re not alone.

During the first half of the Premier League fixture, United fans even addressed it. They were heard chanting, “It’s the worst fucking ground we’ve ever seen.”

Sam Wallace of the Telegraph claims some fans wearing clarket and sky blue were seen applauding the chant in the stands.

I’m not sure they’ll applauded that one.