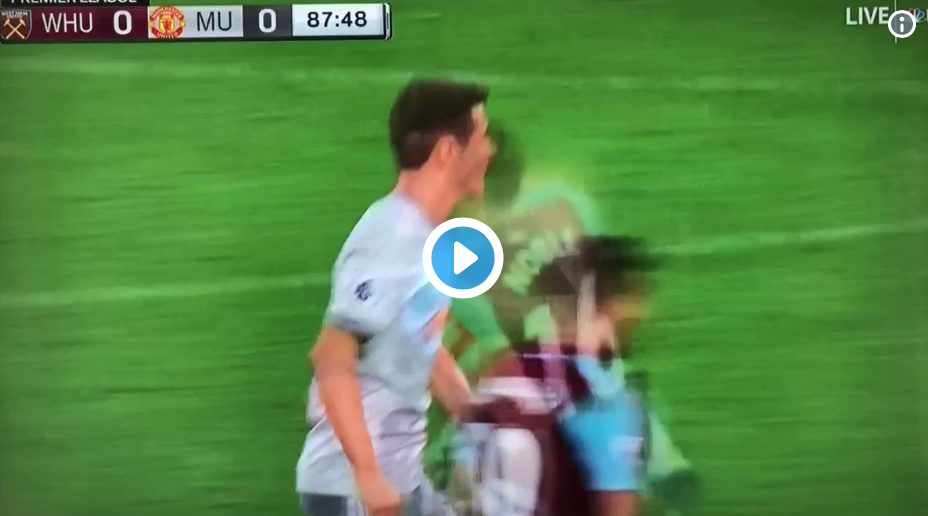 Mark Noble made us all laugh by thinking he could take Paul Pogba on in a fight at the London Stadium.

If ever there was a little scrote that thought he was a hard man it’s West Ham’s Noble.

This isn’t the first time he’s went full macho man against United either. Back in 2016, Noble decided to take the matters into his own hands – quite literally – when he believed Ander Herrera was time-wasting.

With the score at 2-0 to United, Herrera fell to floor injured after fouling Michail Antonio. The Spanish midfielder had only just received a yellow card a few minutes earlier and the home crowd were baying for referee Roger East to give him his marching orders.

Tonight he chest-bumped with Pogba before launching his hands on the Frenchman’s neck and face. The referee somehow decided not to send off the little rat.