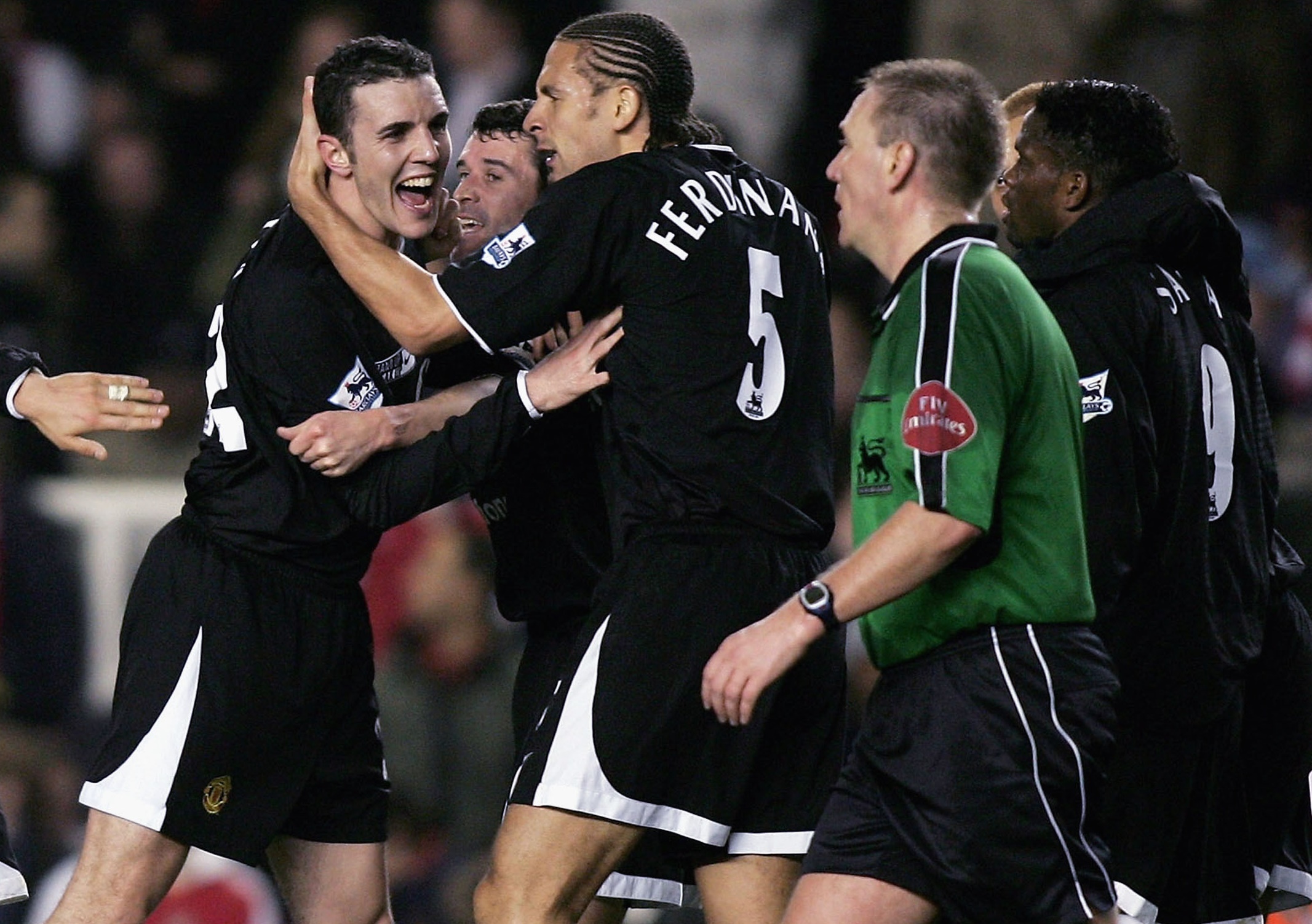 Over two decades of loyal service later, John O’Shea is hanging up his boots from international football.

John O’Shea has decided to retire from international football after one more game, as he announced in an open letter to the fans of Ireland on Wednesday. The defender’s final outing for the Boys In Green will come against USA on 2 June.

O’Shea, 37, has made an impressive 117 caps in 17 years of senior international football. That leaves him third in all-time appearances for his country, with only Shay Given and Robbie Keane above him on the list.

Regarded as a consistent utility player throughout his time at United, the Waterford man will forever be remembered for his nutmeg on football icon Luis Figo. His greatest moment for Ireland came during the Euro 2016 qualifying campaign when O’Shea scored a late equaliser against World Cup holders Germany. It was a crucial result for Martin O’Neill’s men as the Republic of Ireland qualified for the finals through the play-offs.

After 22 years of representing my country (17 at senior level) it is with great sadness & joy that I will be pulling on the Republic of Ireland jersey for the last time on the 2nd of June in the Aviva Stadium.

It has been an amazing journey but I feel now is the right time to step aside for the next generation to enjoy the experiences I am so humbled to have been part of.

We have just passed the 20th anniversary of the Ireland Under 16s winning the UEFA European Championships in Scotland and it is fitting that the current U17 squad are now competing on the same stage. I still look back at that particular triumph as the real starting point for my international career. I’m sure the young lads making up Colin O’Brien’s squad will be loving every minute of the tournament; just like I did under Brian Kerr and the late Noel O’Reilly.

I always wanted to play as much as I could at senior level and to now have 117 caps has truly been an honour.

There have been many highlights, such as leading Ireland out as captain, featuring at two UEFA European Championships, and getting to share a pitch alongside so many committed and talented players over the years.

It is a similar sentiment with regard to my managers at international level – Mick McCarthy, Brian Kerr, Steve Staunton, Don Givens, Giovanni Trapattoni, Noel King, and Martin O’Neill, they placed their trust in me and I hope that I paid them back in a small way by always giving everything on the pitch.

I would also like to acknowledge the support I have always received from Sunderland and, prior to that, Manchester United, in particular, Sir Alex Ferguson who is in my thoughts at the moment – get well soon Boss!

I’ve never taken anything in life for granted and the passing in the last year of my Dad, Jim, and my friend & team-mate Liam Miller has shown me that every moment in life (not just football) should be cherished.

I have certainly cherished my international career, it will be emotional walking out for the final time in front of the Ireland supporters. But it is now time to say thank you and allow others to lead the team forward, it’s been an amazing honour to wear our green shirt.

I would like to thank my family especially, my Mam, Mary, and brother Alan, who have given me nothing but support over the years, my friends, my underage coaches, especially at Ferrybank and Bohemians (Waterford), my schools Ferrybank BNS and De La Salle college, my team-mates, every staff member who has helped me through the years, my managers, and, most importantly, the Ireland supporters – it was always a real privilege to play in front of you!

To my wife, Yvonne, I thank you for your constant support, and to my kids, Alfie and Ruby, we can look forward to watching Ireland games together as supporters.