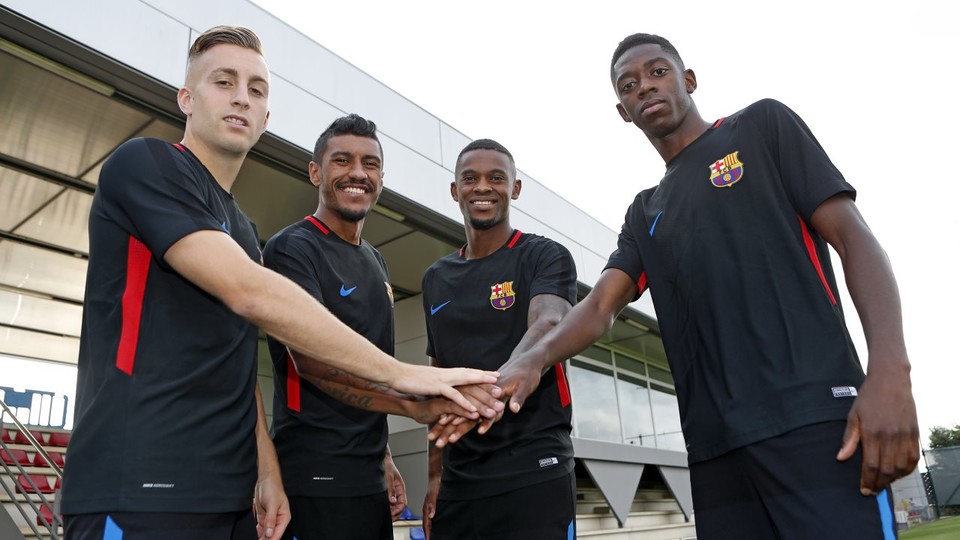 Liverpool are reportedly preparing a £70 million bid to seal the transfer of Barcelona forward Ousmane Dembele this summer.

The France international suffered a big injury during his debut season at Camp Nou but, other than that, has failed to hit the ground running since leaving Borussia Dortmund, under a year ago.

Speculation has followed Dembele these past few months, with Don Balon recently linking Manchester United and Chelsea with moves for the 20-year-old.

However, the latest from Don Balon is that Liverpool are sniffing around the attacker as a potential replacement for Mohamed Salah, should the Egyptian transfer to Real Madrid.

Still, even though I have no involvement with anything Liverpool (thank f*** for that) or Salah, it’s hard to imagine he will leave this summer after just one season at Anfield, and a successful one at that.

Dembele is an exciting player but I wouldn’t buy the report above. United’s links sound far-fetched too as I’m not sure his style differs too much from out-of-favour Anthony Martial.

Whatever happens, I hope the Barcelona starlet gets a chance to revive his career.