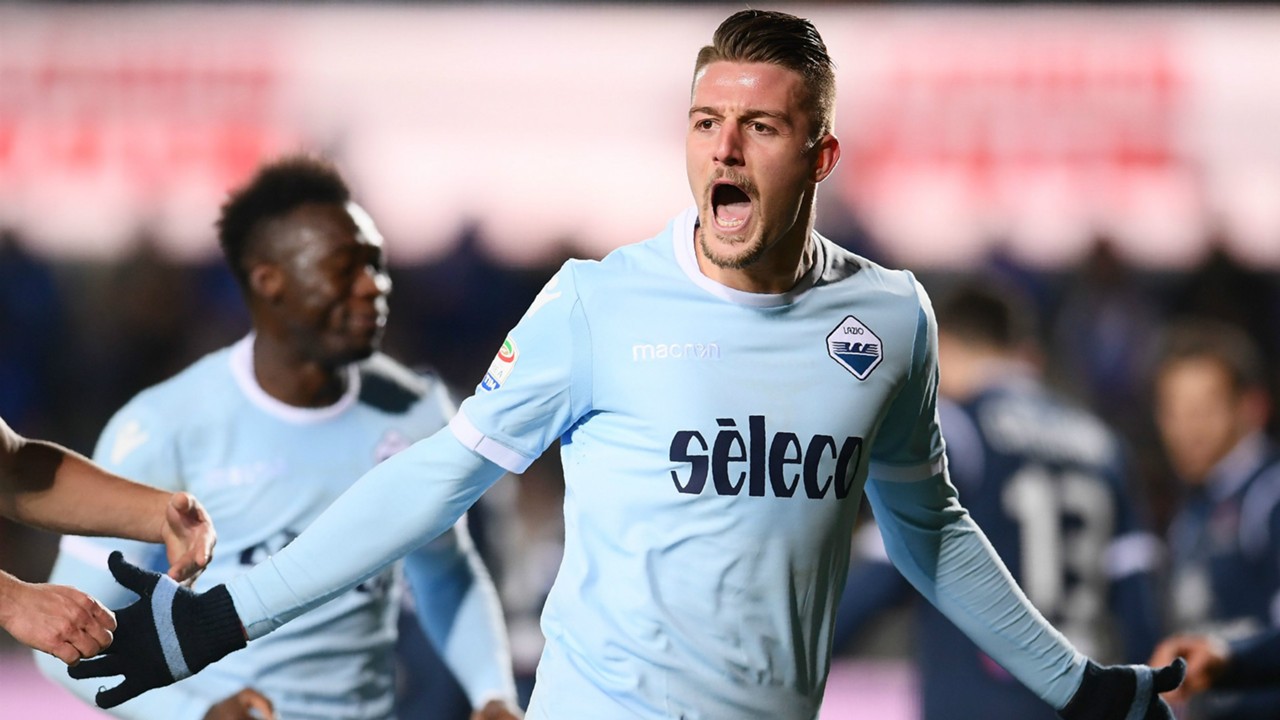 It’s not every day you speak with a Lazio supporting Scot, but that’s exactly what we did to gain insight on Manchester United target Sergej Milinkovic-Savic. Sports Editor of the Herald Scotland, Alasdair Mackenzie, goes into detail on the Serbian midfielder, exclusively for Stretty News.

United have been linked with the £80 million-rated midfielder for weeks now, although Milinkovic-Savic’s agent has denied a deal already being agreed.

I doubt there are many sports editors in Scotland that follow Lazio or any Serie A club for that matter. How did that come about?

You’d be surprised! It really came about through a combination of things – holidays in Italy while I was young, easy access to watching games through Football Italia on Channel 4 and my local team Ross County being in the bottom tier of Scottish football at the time to name a few. But the watershed moment came when I was 10 years old watching a UEFA Cup game with my brother, Leeds United vs Lazio. He said he was supporting Leeds, so I backed Lazio and 18 years later, I’m still going.

United are being heavily linked with a move for £80 million-rated Sergej Milinkovic-Savic. What kind of midfielder can United fans expect should the Serb leave the Stadio Olimpico for Old Trafford?

The deal is still far from done and United fans will have to brace themselves for a summer of hard bargaining if they want their man as Lazio President Claudio Lotito is a notoriously difficult negotiator who values Sergej at over 100m Euros. There is a reason for that though – he is a complete midfielder who can do everything. At 6ft3in he’s a big unit physically and as a result very good in the air and with his chest. But his technicality is where he really shines – superb close control, a creative and wide passing range and the ability to strike from distance make him an all-round threat. Paul Pogba is the player he is most often compared to, which makes a potential move to United a strange one in my opinion for the sake of balance, but he has won games almost single-handedly for Lazio this season.

Interesting because City aside, that’s not something we have seen Pogba do enough of since his return to United.

As a Lazio fan, you must watch other teams in Serie A from time-to-time. United and other Premier League clubs — such as Liverpool and Man City — have closely monitored Napoli’s midfield anchor Jorginho. Is he the real deal?

Jorginho is a very elegant player who occupies the ‘regista’ role for Napoli as a deep playmaker. He has an excellent range of passing and is a player I admire, my only hesitation would be over how he adapts to the faster pace of English football, where he is unlikely to be afforded as much time on the ball.

Definitely not an outrageous claim this season. Obviously I’m biased but from what I’ve seen of both players I would say SMS has been the more impressive in 2017/18. As mentioned earlier, they are players with some similar characteristics – a blend of physicality and technicality – both of whom have excelled in playing in a 3-5-2 formation. This is another reason United’s interest surprises me slightly. The issues Pogba has had adapting to a 4-3-3 would likely be replicated with SMS, who was not nearly as effective under Lazio’s former coach Stefano Pioli in that system when he first arrived. However, that was his first year in Italy so I’ll give him the benefit of the doubt!

Finally, I’d like to thank you for answering these questions for Stretty News. Before I let you go, are there any other Lazio players we should be looking out for?

Lazio have had an extraordinary season and as a result I’m sure you are already aware of most of the key men. Ciro Immobile is leading the scoring charts in Serie A and has been phenomenal up front and Luis Alberto has been re-born as a trequartista behind him, supplying more assists than anyone else in Europe. Your readers may not like him, but Lucas Leiva has proven to be an exceptional signing who provides balance to the midfield, while our best centre-back Stefan de Vrij will leave for free this summer and is yet to sign for another club. The man to keep an eye on is probably Thomas Strakosha, our young goalkeeper who has come on leaps and bounds over the last two seasons but is often overlooked abroad because of the attention and praise heaped on Gigi Donnarumma at Milan. He is just 23 and has been one of the best goalkeepers in Italy this year.

Nope, you’re right. Leiva wouldn’t be welcome at United. As for Strakosha, we’re hoping to tie David de Gea up on a new contract. I’m sure you’ve heard of him!