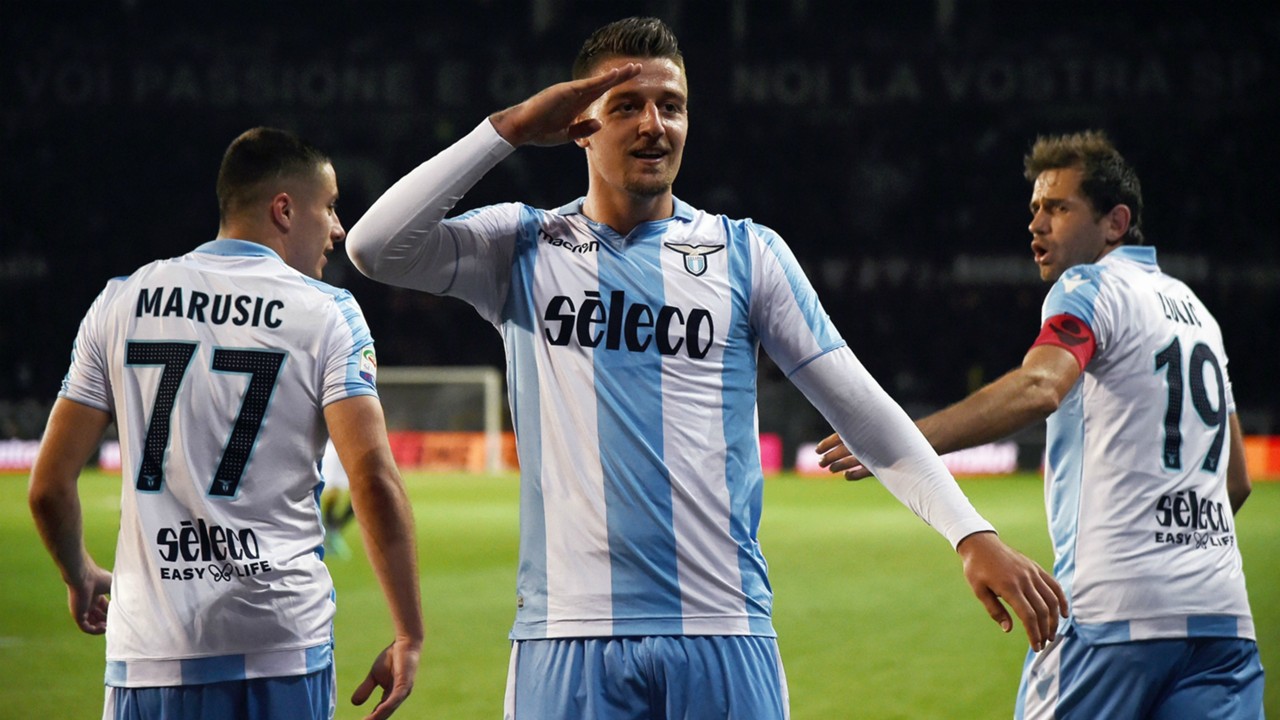 Rumours suggest Manchester United are closing in on the £80 million signing of Lazio starlet Sergeij Milinkovic-Savic.

It has been noted by The Sun that a £80m deal with the Serie A club had been reached with Jose Mourinho looking to bolster his midfield.

The 23-year-old Serbia international offers defensive solidity with technical quality and class in the final third, which has seen him contribute 13 goals and nine assists in 46 appearances so far this season.

That isn’t a bad record but the question for Mourinho is how would be accommodate both Milinkovic-Savic and Paul Pogba in the same team?

However, his agent Mateja Kezman, has provided an update on his client’s future, rebuffing claims that an agreement is already in place.

“Lazio have three big games to go and nobody has talked about any negotiations at this moment,” Kezman told Lazionew.eu.

“It’s only normal there is enormous interest in Sergej between some top European clubs, but we do not have any agreement with any club.”

That would suggest United still have work to do in order to land Milkinkovic-Savic should Mouinho’s interest be genuine. The Portuguese tactician needs to improve the midfield department as well as his defence.

Agents can be difficult to read at times. Kezman could say this to take the pressure off his client rather than risk upsetting the Lazio faithful because they won’t like seeing a player agree to join another club when there are still competitive games to be played.