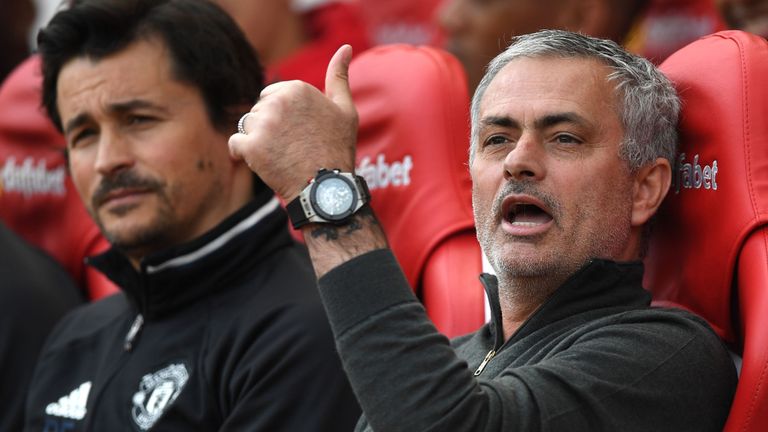 So Arsene Wenger’s reign at Arsenal will not end with a trophy. Shame. Attention now turns to who will be his successor, with plenty of names being touted. That was to be expected, Arsenal still is a big name in footballing terms.

Perhaps what was not expected was United’s assistance manager Rui Faria reportedly being in the frame. Jose Mourinho has openly given him his blessing, as per BBC, if the links, tenuous to this point, become more serious.

Although Faria does not possess a CV in the hot seat, the rumours have perturbed me somewhat for some reason. I’ll speculate as to why in this piece: Mourinho has previously described him as his ‘methodology, right arm, the guy that understands best my information and the way I work’. In short, he has been a Mourinho disciple, following him to Leiria, Porto, Chelsea twice, Inter Milan and Real Madrid.

Even if Faria seems synonymous with confrontation in the blue tracksuit of Chelsea or ‘that’ El Clasico eye gouging, there is something you cannot help but like about him, even if it is not abundantly clear what that is.

Mourinho and Faria, it is an enduring relationship, a sure thing, a footballing marriage.

Perhaps that explains why the idea of it being broken up seems unfathomable to me: United are entering a critical juncture in their quest to overhaul an unstoppable City side this year, and will have four or five other competitors with the very same objective.

United cannot afford to see their understated, yet vital piece in the jigsaw leave the Old Trafford box. Their focus should be on upgrading their squad, not having the extra distraction of looking for a new lieutenant.

For United’s sake, let’s hope the rumours are as remote as they seem for a reason.