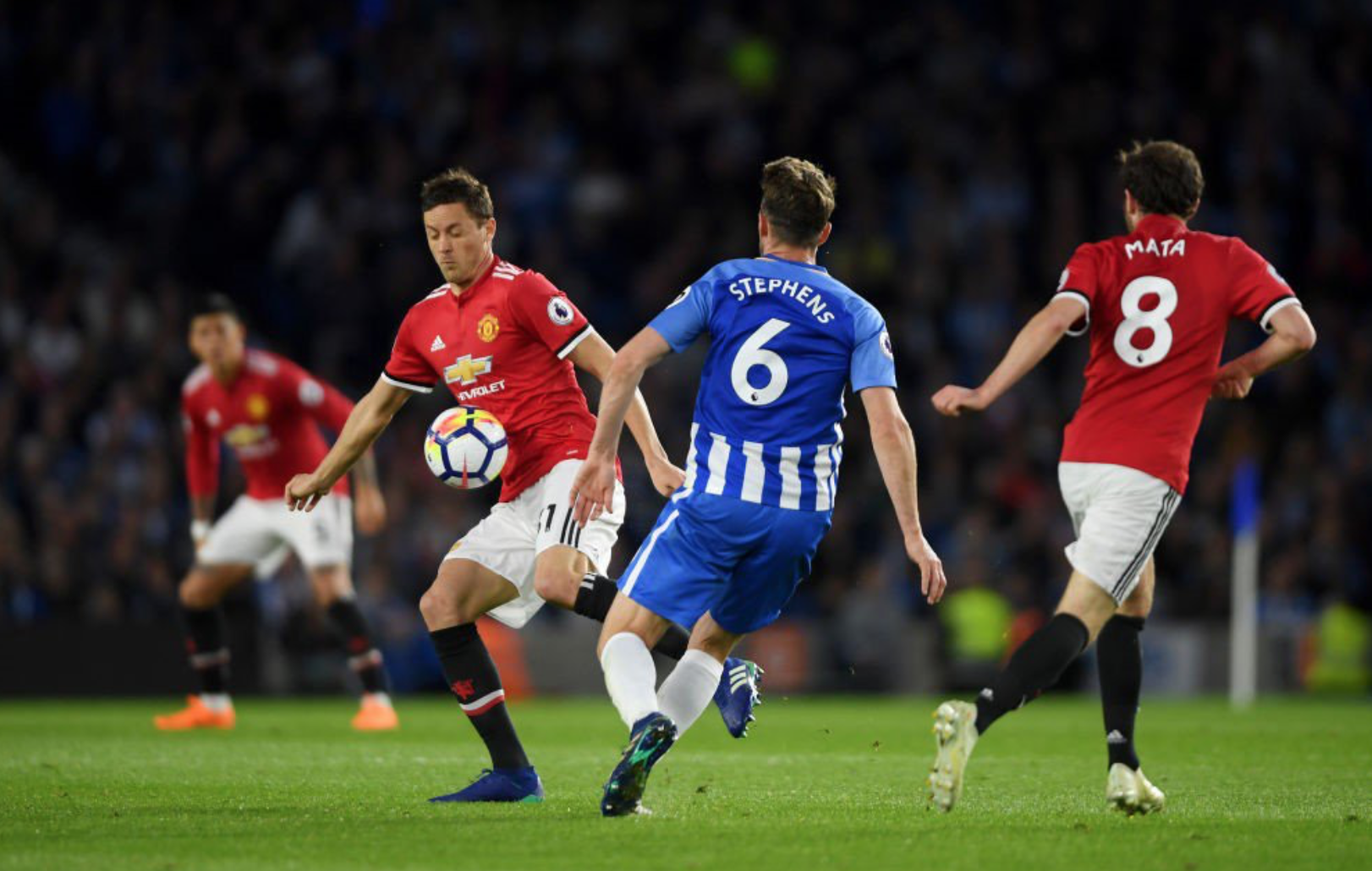 Pulled off a stunning save to prevent United fan Murray from scoring in the first-half.

READ MORE: There’s something admirable about Rui Faria, contender for the Arsenal job

Took for a ride by Brighton’s wide players. Didn’t look comfortable and I would be amazed if Juventus came in for him this summer.

Nowhere near commanding enough, and I will be deeply concerned if we go into next season with Smalling as one of our two centre backs.

For a lad that hasn’t played in ages, I thought Rojo did alright. Showed willingness to come out of defence with the ball and find players in attacking positions, switching the ball if he needed to.

Didn’t have the sort of performance you would happily reflect on which is a great shame on a night he was given the captain’s armband. It would be harsh to blame him for Brighton’s goal.

Also – credit for that tasty challenge with 76’ minutes on the clock. Probably my highlight of the match, which doesn’t say a lot.

The Serb was asked to drop back deep to keep an extra eye on Murray. This made it look like United transformed into a back five, but he was unable to pick up any forward passes to make a real difference.

Only positive from Pogba tonight was that he always showed for the ball and got into positions to retain possession. Other than that, the Frenchman was beyond sloppy with his use of possession. Failed to make his presence felt and needs to improve decision making.

Gave it the big un midweek by playing up the whole contractual saga situation and put in that performance days later? Has a neck like a jockey’s bollocks that lad.

Mata was playing? I didn’t realise until United took Fellaini off and started to play football.

Mourinho was furious with Rashford before the interval for not squaring a ball to Martial inside the box. Throughout the game he showed why Romelu Lukaku keeps getting picked ahead of him.

Found a good position to score but Rashford was too selfish to pick him out. Didn’t do anything else throughout the game, though. Poor when tonight was considered an opportunity to prove himself.

Had over 20 minutes on the pitch and made an immediate impact. Although, in all honesty, I’m not sure if that was more down to Fellaini coming off. Involved in United’s best move of the game.