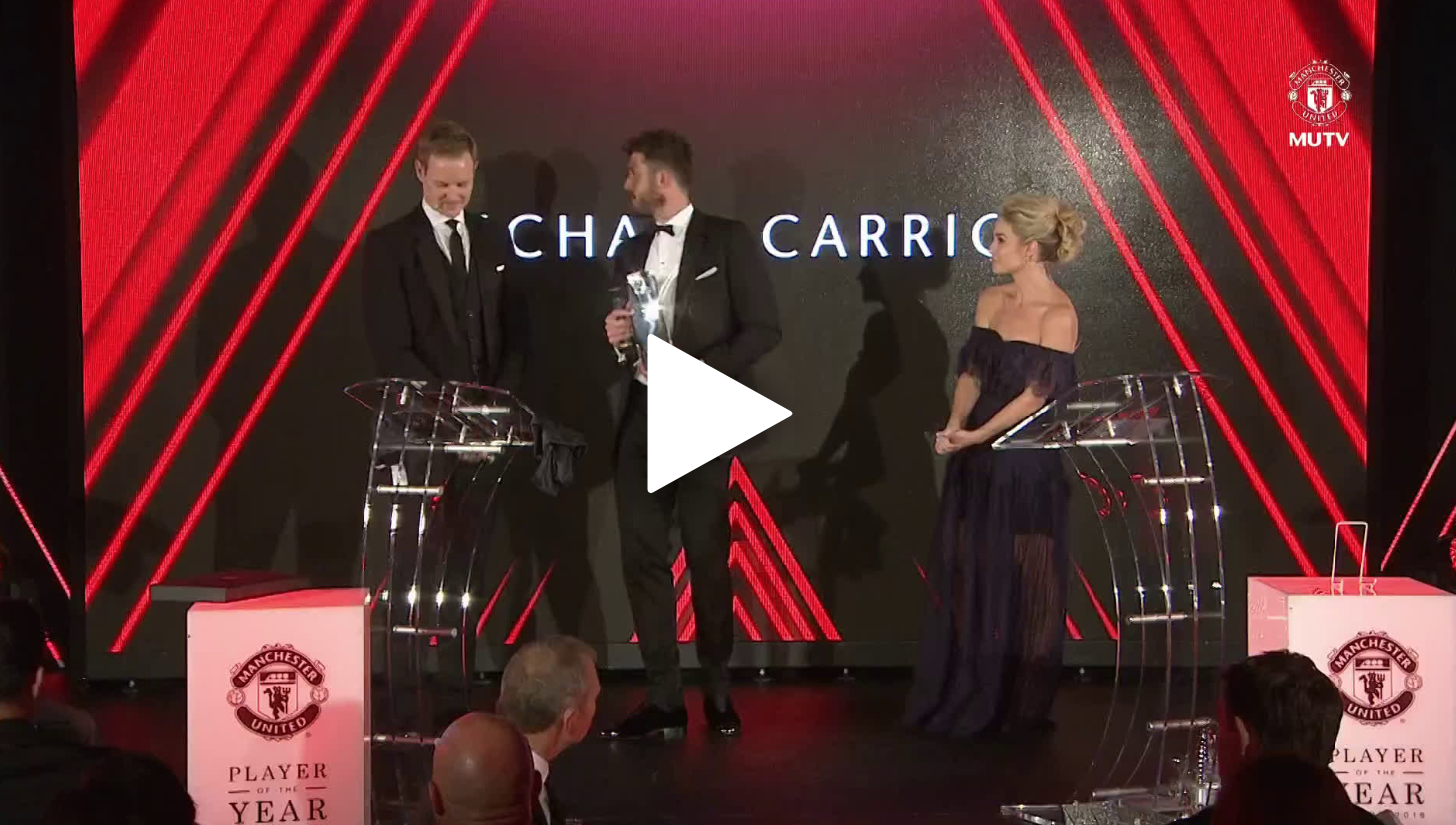 The captain has already announced that he will hang up his boots at the end of the season but thankfully he will still remain at the club after accepting a post on Jose Mourinho’s coaching team.

READ MORE: A pleasure and privilege to have seen Michael Carrick play for Manchester United

After 12 years as a stalwart at United, Carrick has played with some of the greatest players to grace the Old Trafford pitch. During the ceremony there was an incredibly touching moment as an eight-minute long video of warm messages from those who shared or followed Carrick’s career was played out on stage.

It includes cameos from his youth!