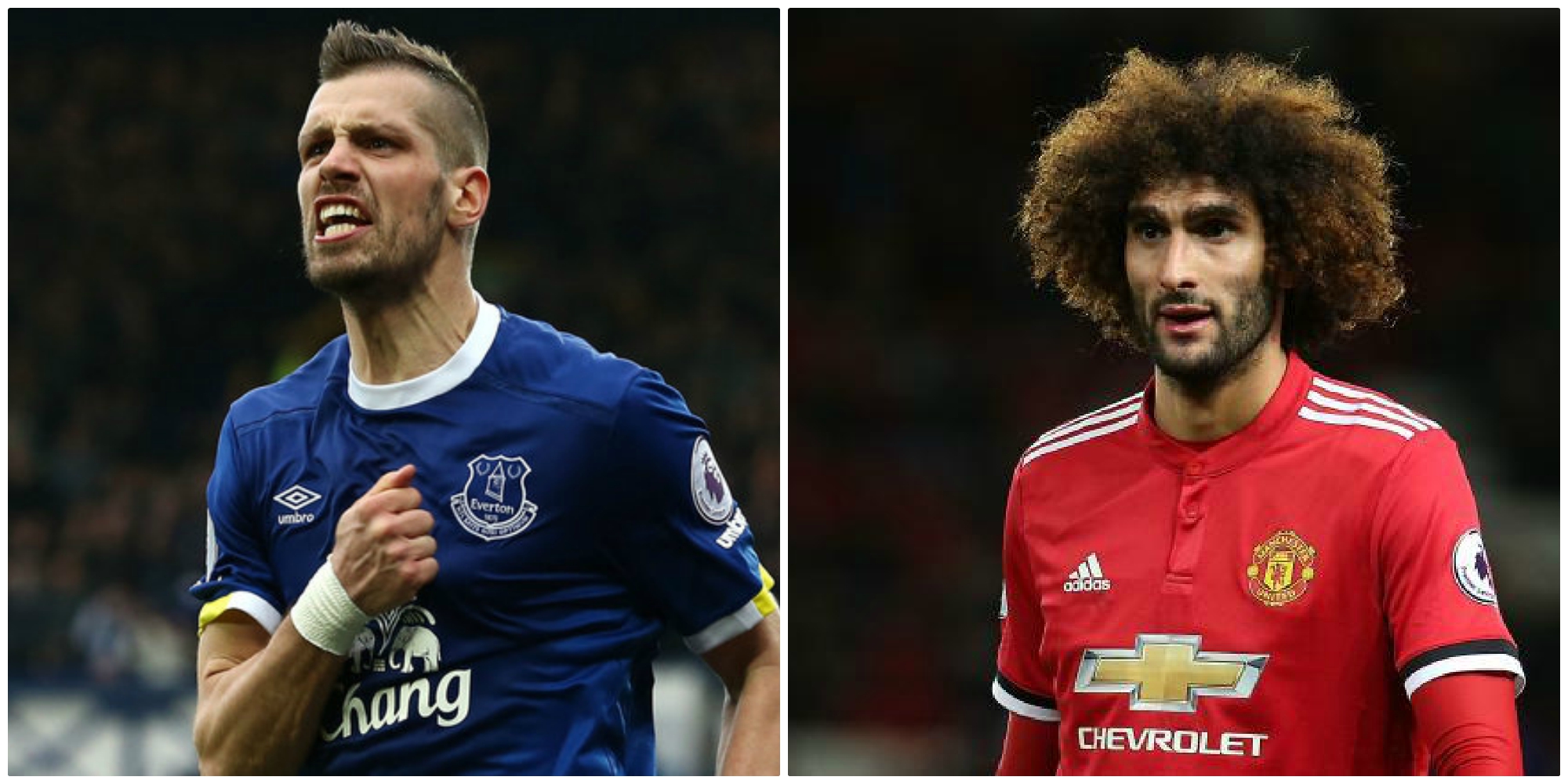 I was scanning through Reddit the other day and saw a debate amongst Reds. ‘Marouane Fellaini or Morgan Schneiderlin?’ Then I reached out to Everton fan, Tyler Young, who writes for SBNation’s Everton blog Royal Blue Mersey, and asked him for myself.

Young — no relation to Ashley, sadly — has agreed to go into some detail. Give him and their blog a follow on Twitter: @_TyYoung, @RBMersey

Marouane Fellaini wants to return to Manchester United next year. He’s made that much clear. But his current contract expires this summer, and he wants more than the one-year extension that has been offered. So far, despite having manager Jose Mourinho in his corner publicly, the Belgian has been unable to make progress on a new deal. If the two sides cannot come to an agreement, Fellaini’s former side, Everton, could very well swoop in and bring the playmaker back to Merseyside.

The Toffees are nearing a breaking point with their own midfielder. Morgan Schneiderlin joined the club from United in January of 2017 and went straight into the starting XI. However, this season has presented challenges for the Frenchman, including a training ground temper tantrum and extended spells on the bench. He is one of a handful of Everton players that appear likely to leave the club in the months to come.

Schneiderlin’s exit would create a void in the middle of the park for Everton. With James McCarthy constantly injured and Mo Besic (currently on loan at Middlesbrough) on the fringes of the squad, Schneiderlin represents their only outright defensive midfielder getting regular minutes. However, there is a tough-tackling youngster that seems ready to take his place.

Beni Baningime is a 19-year-old Congolese talent that has featured prominently for Everton’s U-23s over the last two years and already has a handful of appearances under his belt for the senior team. In that limited experience, Baningime has already shown an ability to make key interceptions and protect the Blues backline. He is the natural successor to Schneiderlin, and he is already in-house at Goodison Park.

Fellaini, on the other hand, cannot be replaced so easily. He represents something that Everton haven’t had since he left town, a versatile big man that can play just about anywhere up the spine of a formation. The 30-year-old is a goalscoring threat, a dangerous target on set pieces and a player that can be just as useful off of the bench as he is starting. This is expected to be another busy summer at Goodison Park after their 2017 spending spree didn’t work out so well. Unloading Schneiderlin’s hefty salary and putting the savings towards a free transfer deal for Fellaini would be good business for Everton, especially when you consider that they sold him to the Red Devils for £27.5 million a few years ago.

Losing the 6-foot-4 man would leaving a gaping hole at United that would likely prove expensive to fill. It’s something that Mourinho doesn’t seem interested in allowing to happen. The United gaffer recently spoke up about Fellaini’s contract situation, saying that a deal was “close” and adding “[Negotiations] are almost there…but I can’t celebrate because almost is not enough.”

If “The Special One” has anything to say about it, Fellaini will not hit the open market. However, if he does, there will be a line of top flight teams ready to snatch him up. Everton could very well be at the front of that line.