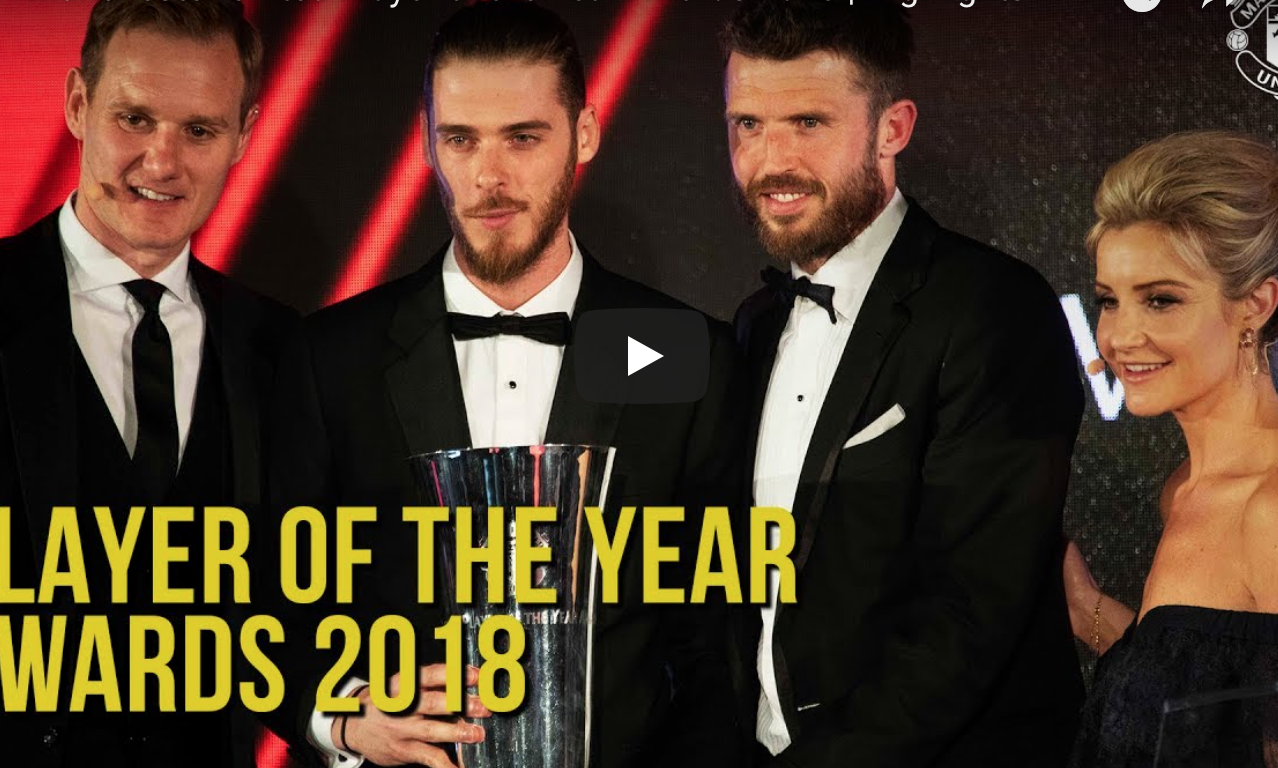 Thanks to the official Manchester United YouTube channel, you can catch highlights of the 2017/18 season Player of the Year Awards at Old Trafford and see who took home the coveted player & goal of the season awards.

De Gea took home the Sir Matt Busby Player of the Year award as the fans’ choice at the club’s awards dinner, after also receiving the honour in 2014, 2015 and 2016. Fellow Spaniard, Ander Herrera, won the award last season.

The Spain no1 was joined in the awards by 21-year-old Scott McTominay, whom Jose Mourinho picked as his player of the year.