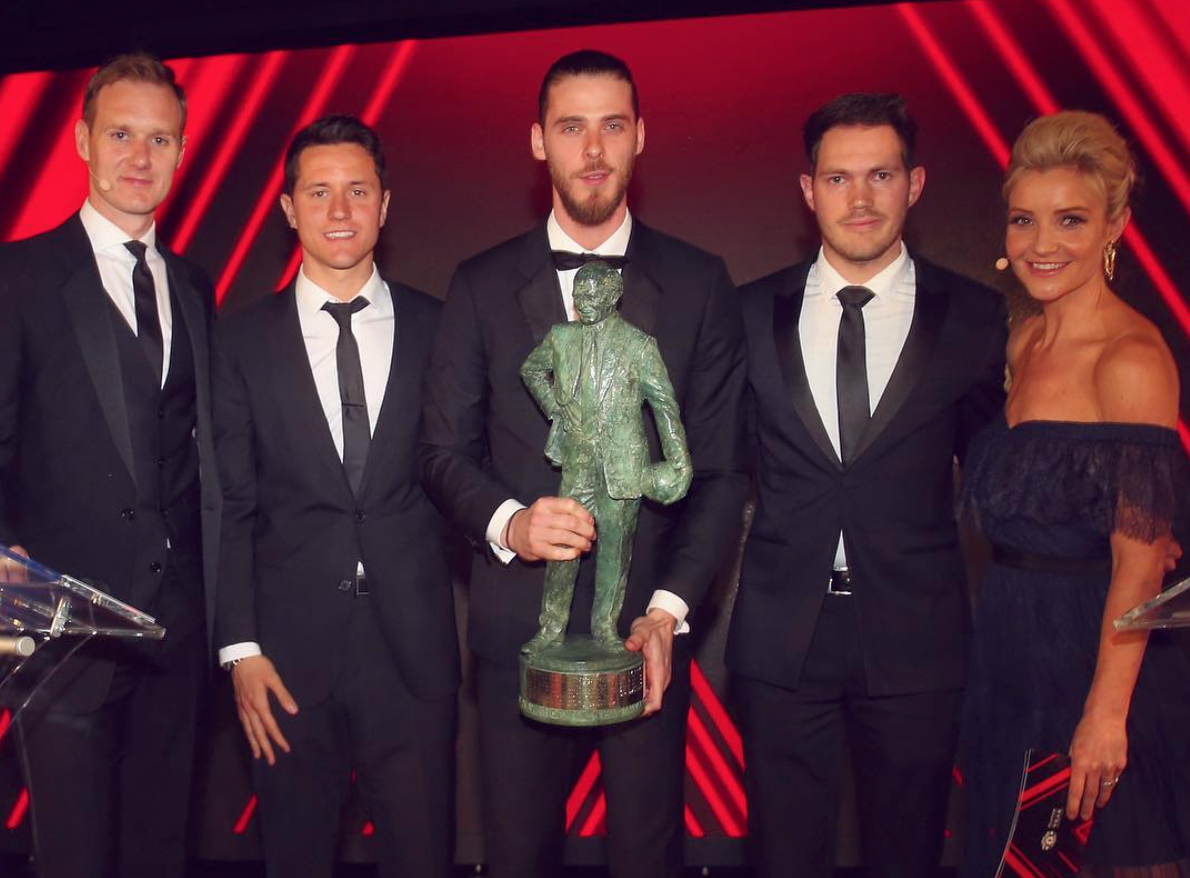 The end-of-season awards night is always more enjoyable when you’ve either wrapped up the Premier League title, have a chance to do so, or can still win the Champions League. That may not be the case for Manchester United this season but the FA Cup is still within reach with a final at Wembley less than three weeks away.

Still, I’m sure the lads enjoy the wining and dining part, as well as taking their partners out on a red carpet for some paparazzi lovin’.

In recent years, we had some drunken antics from former manager Louis van Gaal, who, like Sir Alex Ferguson, wasn’t exactly shy a bottle of wine once the annual ceremony came around. Jose Mourinho isn’t one for letting himself go unless he’s won something, so we’ll have to wait at least one more year to see him do something crazy at an awards night.

May with the lovely Helen, wife of ex-United defender and Northern Ireland international Jonny Evans.

Alexis Sanchez looking like that small bouncer who’d kick your teeth in.

Wonderful night as ever at the POTY awards at @manchesterunited

Andy Goldstein from talkSPORT in awe listening to De Gea and Michael Carrick.