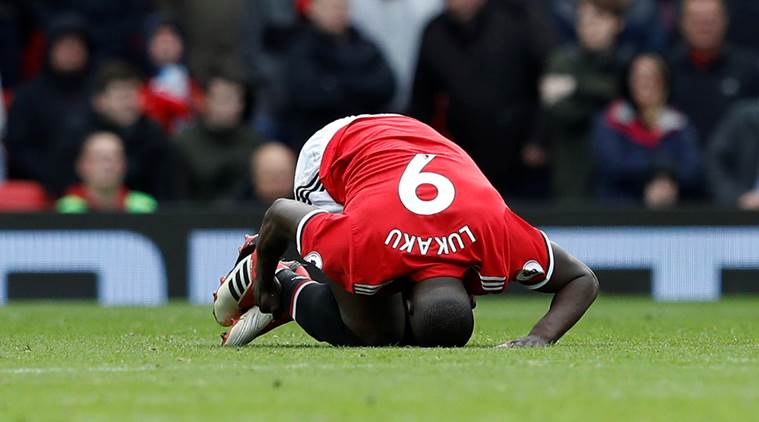 Manchester United striker Romelu Lukaku was forced off with an injury during the second half of Sunday’s 2-1 win over Arsenal.

Teammate Juan Mata has reacted to the injury and said he hopes it’s ‘nothing serious’ as he walked off gingerly in the second half of the win against Arsenal.

The Belgium international was hit hard following a tackle from Konstantinos Mavropanos and Marcus Rashford was sent on to replace him.

Mata was concerned about the 24-year-old after the game, especially because of the impact he’s had on United this season.

“The bad news was Lukaku’s injury. He is a very important player for us this season, I hope it’s nothing serious and he can recover soon,” Mata wrote in his weekly blog.

Jose Mourinho was asked for an update of Lukaku’s injury given the FA Cup final is just three weeks away.

“I don’t know if he is going to be out,” Mourinho said, according to Reuters. “Or if he’s not okay. He wants to play all the time. He is never tired and, when he has small things, he doesn’t care. He still wants to go.

“So, for him to say immediately, to change him, it is because he couldn’t play. But there are three more weeks until the final, so let’s see. I know it was on his foot but I don’t know more yet.

“I don’t think it’s something, or I hope it’s not, that in this moment keeps him immediately out of a game that is in three weeks’ time. But I don’t know. I never, when I finish a game and a player is injured, immediately go for good or bad news. I wait a bit more.”

Whether or not Lukaku makes the final, these weeks that lead up to the game against Chelsea now grant both Anthony Martial and Rashford an lifeline. Much has been written about them not being happy with game time at Old Trafford, as per the Telegraph, so here’s the chance to prove themselves.

It would be a major loss to United if he wasn’t fit for the big day out at Wembley but it’s not as if Mourinho is lacking in options.