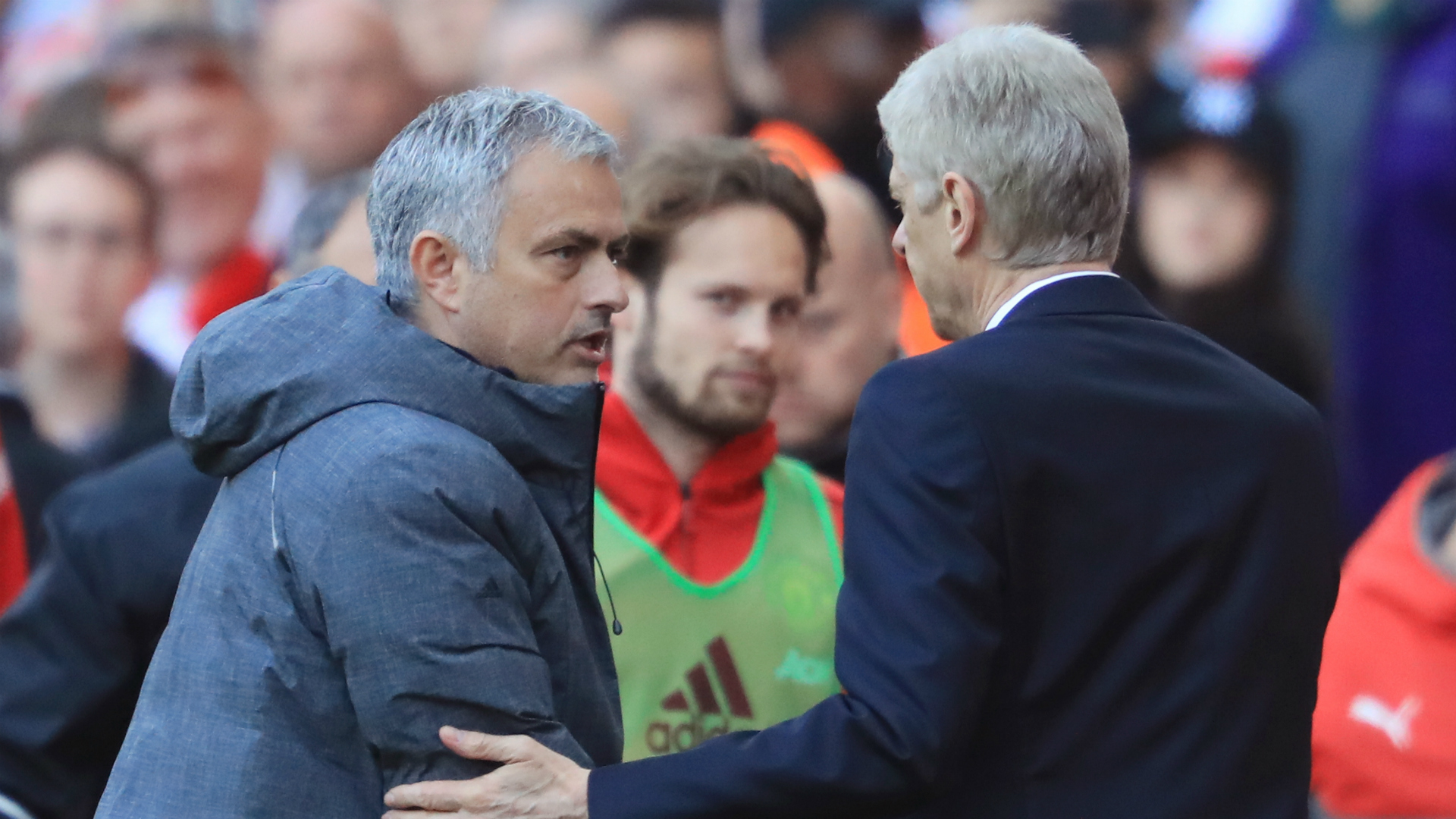 The current United boss emphasised that the focus ought to be on the “real rivalry” between Wenger and Sir Alex Ferguson.

Marouane Fellaini stole the headlines from the Frenchman with a late winner to grant United three points and harden their grip on second place with Liverpool drawing with Stoke City at the weekend in a scoreless draw.

However, prior to the game Ferguson presented Wenger with an award recognising his services to Arsenal throughout 22-years. The pair battled toe-to-toe for much of that period but it was nice to see our club show some class despite it being a fierce rivalry.

Sadly, the rivalry has watered down in recent years thanks to modern football and the battles had between Wenger and Ferguson, Patrick Vieira and Roy Keane, Martin Keown and Ruud Van Nistelrooy are no longer a thing in today’s game.

Speaking to the press after the game, Mourinho stressed that Sunday was not about him and Wenger as much as it was about the rivalries the soon-to-be-replaced Arsenal manager had with Fergie down the years.

“No [I will not see him], not after the game,” he said, as per Manchester Evening News.

“Monday off tomorrow, I go to London, he has a big match waiting for him [against Atletico Madrid], but we were [engaging] a little bit before the game and I’m happy the class my club showed towards him.”

“And I am happy that when I told the club I would like Sir Alex to present the award, not me, because Sir Alex was his real rival, especially at Manchester United.

“My story with Mr Wenger in United is just a couple of years and I hope that I play against him again, I hope that can happen if not in the Premier League, who knows. We [may] have still a big match waiting for us.”

Wenger stood next to Ferguson on the pitch before kick-off before the former United boss beckoned over Mourinho before the trio posed for photos.

Footage can be seen here.