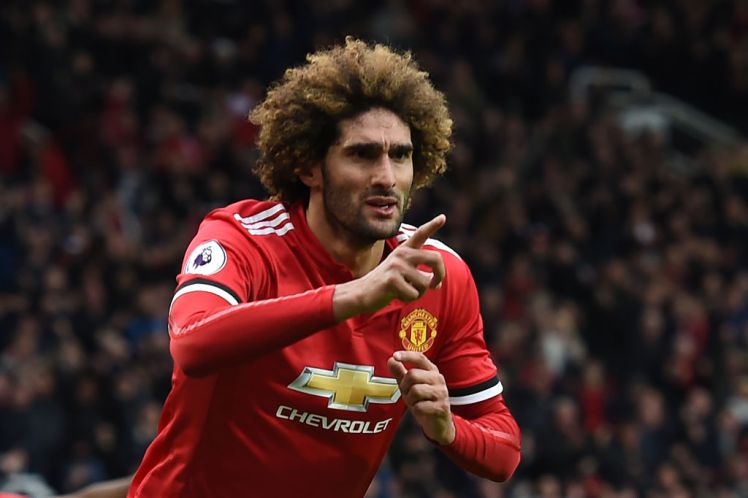 Manchester United manager Jose Mourinho is set to receive a boost as the club close in on securing a new deal for Marouane Fellaini.

The Portuguese manager has never made his admiration for the Belgium international a secret, and he’s now dropped the biggest hint yet that Fellaini will remain at Old Trafford next season and maybe beyond.

“I want to see the white paper with the United crest, Ed Woodward’s signature and Marouane’s signature.”

Fellaini’s current deal expires this summer, meaning he could leave on a free transfer, so it is crucial for United to get a contract sealed if they want him to stay.

Losing Michael Carrick to retirement should mean Mourinho will be on the lookout for a new midfielder this summer but Fellaini too could force the club into making even more midfield additions.

This is how United fans reacted to the news on Twitter:

Mourinho is going to bin off Martial, Rashford, Mata and Shaw and sign Fellaini on a mega contract isn’t he. Then again banging it long to the Brush at the back stick has been the only consist strategy of the post-Fergie era. The times we live in.

We’re not going to close the gap on Manchester City handing players like Fellaini, who will be 31 years old this year, a new contract whilst they’re signing the likes of Jorginho.

Giving fellaini a new contract will be a disaster. Please don’t do it @manutd. I’m begging you.

When Jorginho to City is announced days after Fellaini signs a new contract pic.twitter.com/sOrRnpniVJ

However, it wasn’t on doom and gloom on social media. Some fans did remember who scored the late winner against Arsenal just yesterday…

that’s why Fellaini’s contract is a prioroty…

Give Fellaini a new contract… whatever he wants.. give it to him!