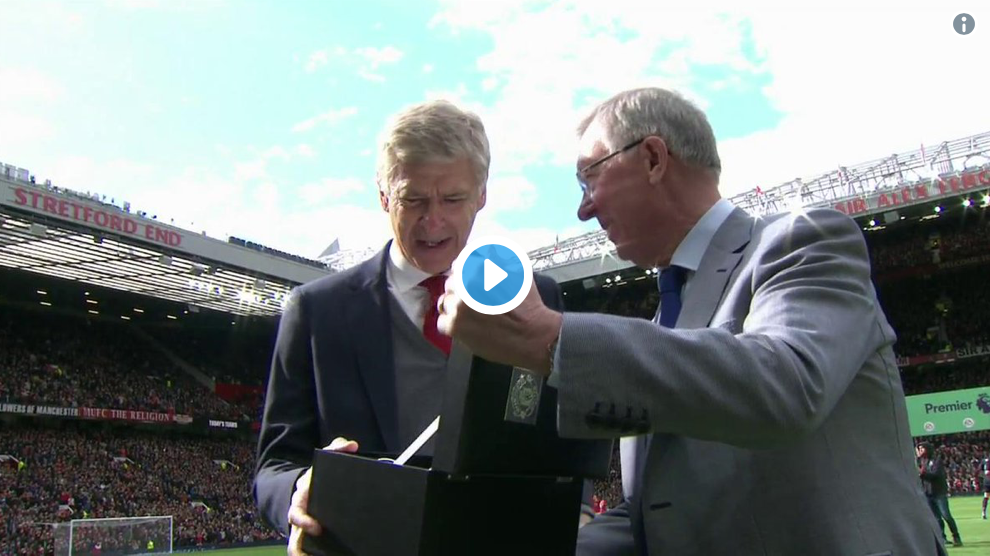 Manchester United were praised for showing class with their pre-match presentation to Arsene Wenger. The Frenchman is due to stand down as Arsenal manager at the end of the season and on Sunday brought his side to Old Trafford for the final time.

Trump to claim credit in 3…..2…… pic.twitter.com/FnnCVi0Len

Sir Alex Ferguson, a rival of Wenger’s for well over a decade, and Jose Mourinho were present to give the 22-year Arsenal boss a warm reception. It could be said he got a warmer reception at Old Trafford today that he has at the Emirates for years.

Ferguson handed Wenger a gift prior to kick-off before forcefully inviting Mourinho over to join the presentation.

Now, let’s get the business done. Less of that pretend respect malarky.