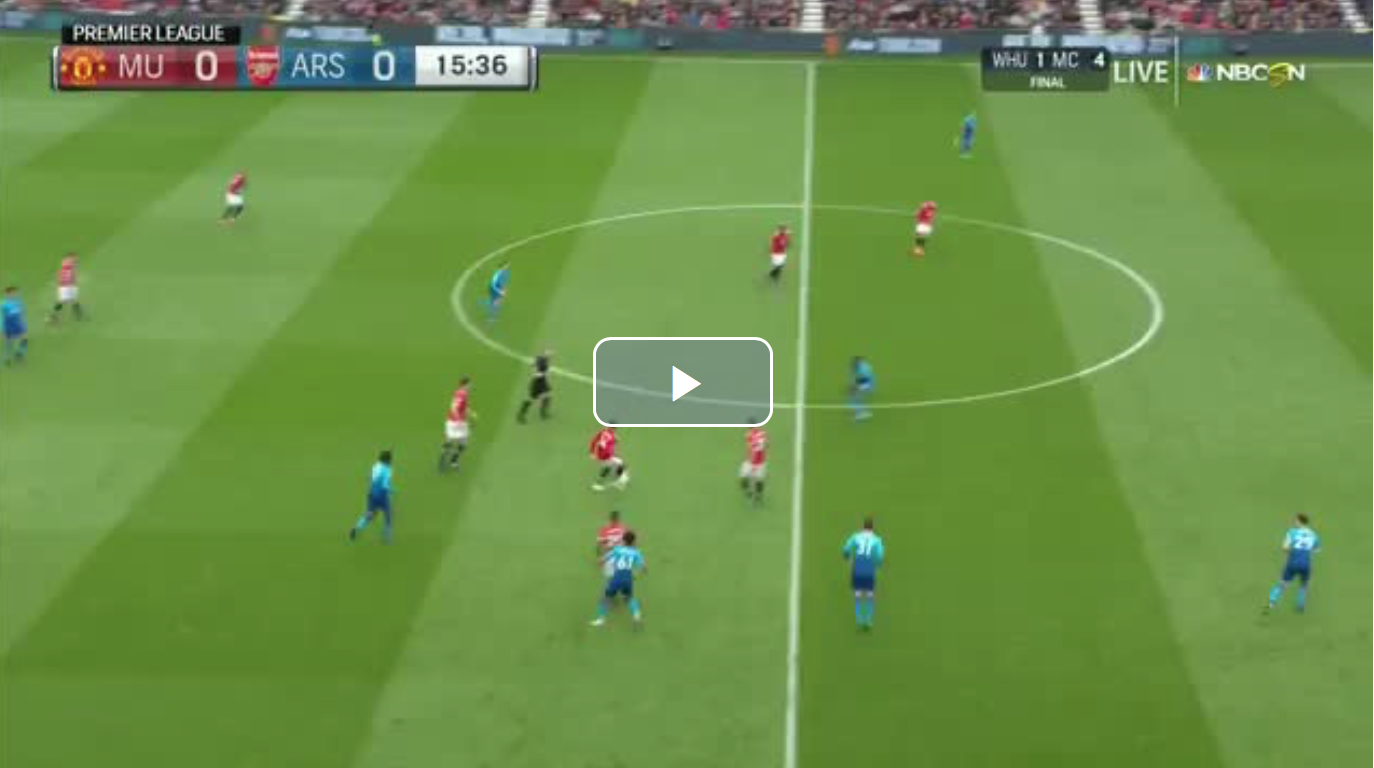 A glorious dink on the right-hand side by Romelu Lukaku contributed to Manchester United’s opener, scored by Paul Pogba just 16-minutes into the game.

Alexis Sanchez’s header rebounded but the Frenchman opened his body up perfectly to slot the ball home past Arsenal goalkeeper Ospina.

Gunners will be thankful it wasn’t Sanchez that got the goal but it’s early yet. The Chilean may still pop up with a goal to spoil their evening even more.

The United fans responded by singing “Arsene Wenger, we want you to stay!” There is so much truth to that!

One response to “(Watch) Paul Pogba opens the scoring against Arsenal”