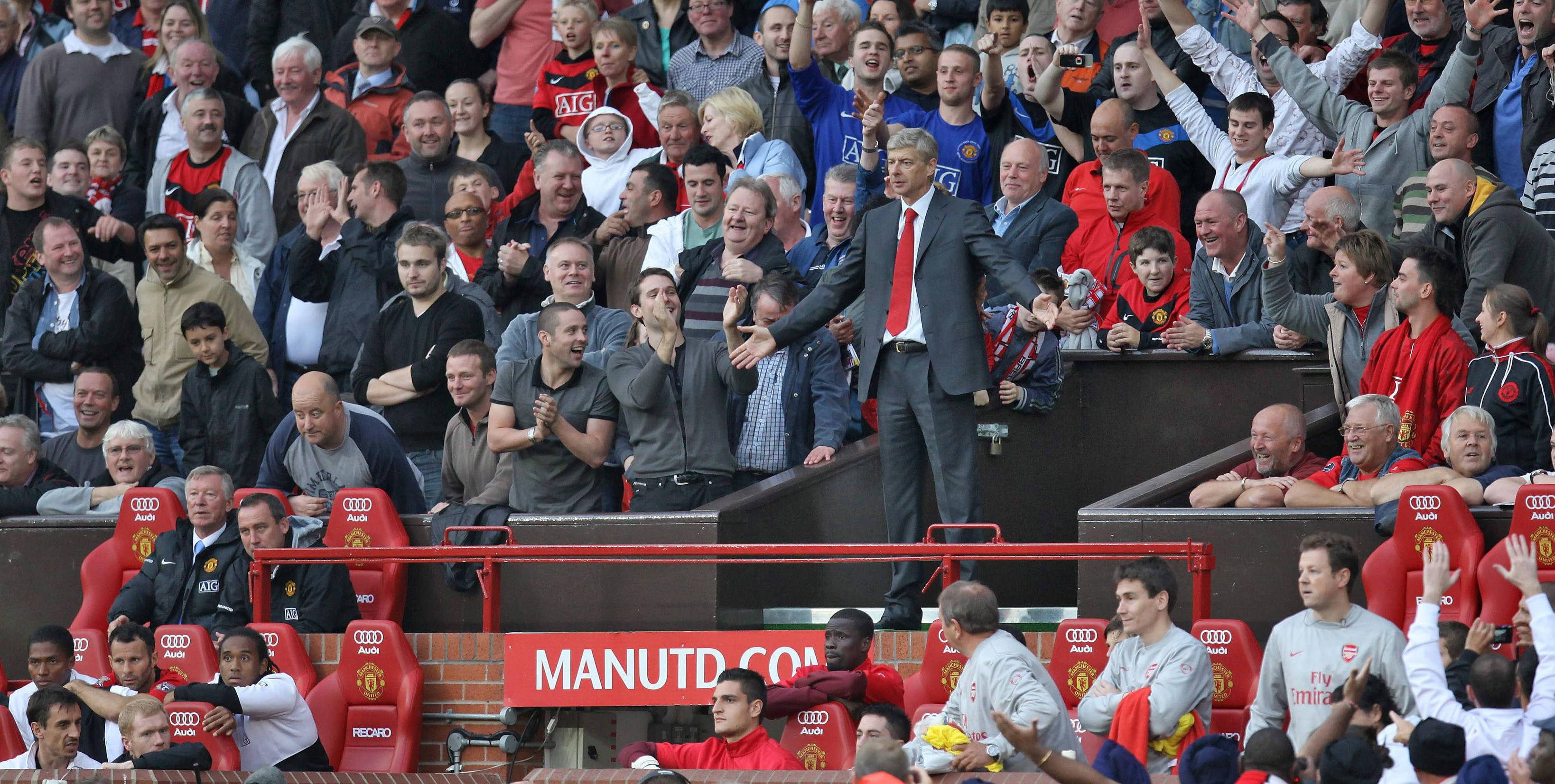 We spoke with renowned Arsenal blogger Andrew Mangan who runs Arseblog. There are few blogs I pay any attention to that cover other clubs, but this is one of them. Arguably the best club specific blog the internet has to offer.

Next season we’ll do our utmost to get Arseblog back on Stretty News to speak about their new manager and any squad additions he adds to what is currently a below average squad.

This is an intriguing time for Arsenal. Arsene Wenger finally moving on brings a new chapter for the football club. Of course, he’s the greatest manager the club has seen but it’s past his best before date.

A big thanks to Arseblog for answering the following questions. Hopefully we give Arsenal a good smashing at the weekend!

The Sun are in deep water for suggesting Wenger jumped before he was pushed last week. Give us a summary of your emotions knowing these are his final weeks as Arsenal manager.

It’s been a bit surreal really. I don’t think this is the wrong decision, Arsenal have needed to go in a different direction for some time now, and Wenger could be a frustrating man at times. The repetitiveness of some of our problems, and an unwillingness or inability to fix them, was a sore spot for many.

And yet, since the announcement, there’s been an outpouring of goodwill for him. Despite those frustrations, he’s a man I think most Arsenal fans hold in great affection and esteem for everything he’s done for the club. Now that there’s an end in sight, it has allowed people to remember the good times – of which there really were many – and I’m glad there’s more goodwill than anger right now.

There’s too much anger in general, everywhere about everything, and it was kind of wearing. Plus, I think he deserves to go out with his achievements front and centre rather than the things which went wrong.

The Feud, a documentary on the rivalry between Ferguson and Wenger aired on Channel 5 midweek. Which was your favourite moment from those famous battles and why?

I know many will point to Old Trafford in 2003, and I will never tire of seeing Phil Neville’s terror when he was being throttled by Lauren, but for me winning the league there in 2002 was the best moment. This was two absolutely fantastic teams going at it 100%. United were very physical that night, we stood up to it so well, and got the goal we needed.

But there was so much to love about that rivalry. United fans will have their favourite moments of course, but every Holmes needs a Moriarty, and that’s what the two teams were to each other.

I also think that after the hatred, there was respect on all sides because of how fiercely competitive it was.

Does this Arsenal side need a clear out and if so, where does the new manager start?

It definitely needs investment, that’s for sure. Goalkeeper, centre-half and central midfield are the key areas, and regardless of how good any new manager is, if he doesn’t add the quality to the squad in those positions, he’s going to struggle.

Who do you want to takeover from Wenger?

I honestly don’t know yet. The one thing I do know is that I don’t want Brendan Rodgers – which is, finally, something all Arsenal fans can agree on.

We consider Arseblog as an inspiration for football blogs. You’ve built something truly incredible with an ever growing community. What challenges do you face in 2018?

Thanks! I guess we have to continue to maintain the standards we’ve set down the years. We won’t do any clickbait, the world is too full of that shite, so it’s about continuing to produce quality content that people want to read and listen to. And maybe some more video, because we don’t do a lot of that at the moment.

Give us your honest opinion of Jose Mourinho in one paragraph…

Another season of Europa League to follow unless Arsenal can win it outright this season. Do you think that will go against the club’s recruitment for a new manager?

It might but I think Arsenal is an attractive job for any manager. The reputation might have taken a bit of a dent in recent seasons, but it’s a big club, big stadium in Europe’s biggest city, and there is the potential to make progress and make it much more competitive than it has been.

The big question is whether or not the people who run the club have a real desire to make that happen. We’ll find out over the summer when we discover who they appoint, and what kind of resources they provide him to invest in the squad.

Finally, give us a scoreline prediction for Sunday? And a massive thank you for answering the questions.

I suspect that we’re going to field a second-string/fringe team as this game falls between the two Atletico Madrid fixtures, so I think United will win comfortably enough. 4-1.