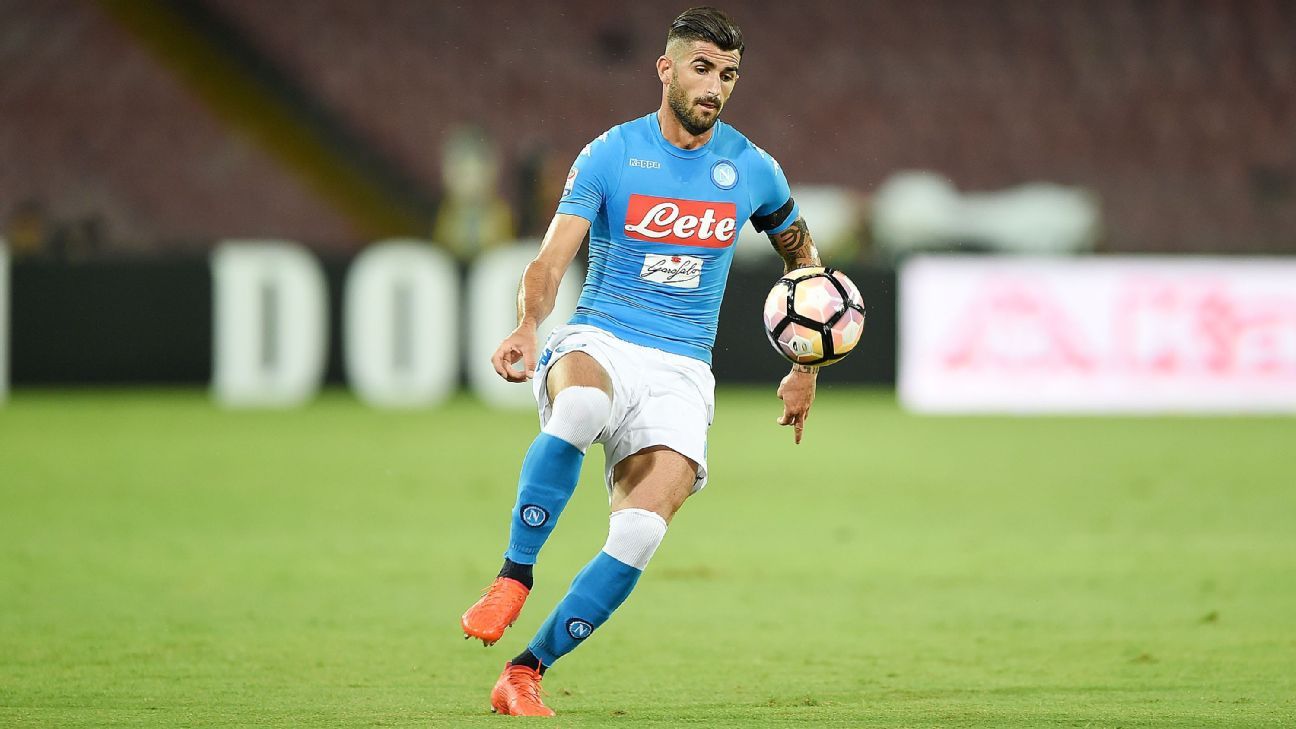 Manchester United are among a range of clubs reportedly eyeing a move for Napoli right back Elseid Hysaj this summer.

Acording to Sportitalia’s Alfredo Pedulla, Chelsea have already met with Hysaj’s agent Mario Giuffredi on multiple, although Liverpool are also being linked with the player.

Hysaj reportedly has a €50 million release clause set in his contract, which would make conducting a deal more straight forward than usual should one of the Premier League trio further their interest in the coming months.

The Albanian defender has played a key role in Napoli’s amazing season thus far which has done enough to convince Europe’s elite that he’s the real deal.

Making 41 appearances for the Serie A side this season, Hysaj has also shown a degree of versatility by playing at left-back whenever Faouzi Ghoulam was out injured.

Ghoulam has also been closely linked with a move to Old Trafford this summer. Both players would be seen as a replacement for Matteo Darmian, who appears to be heading back to Italian league with Juventus keen to snap up the Italy international.

One thing is certain, though. Mourinho will be spending significantly on the full-back areas.