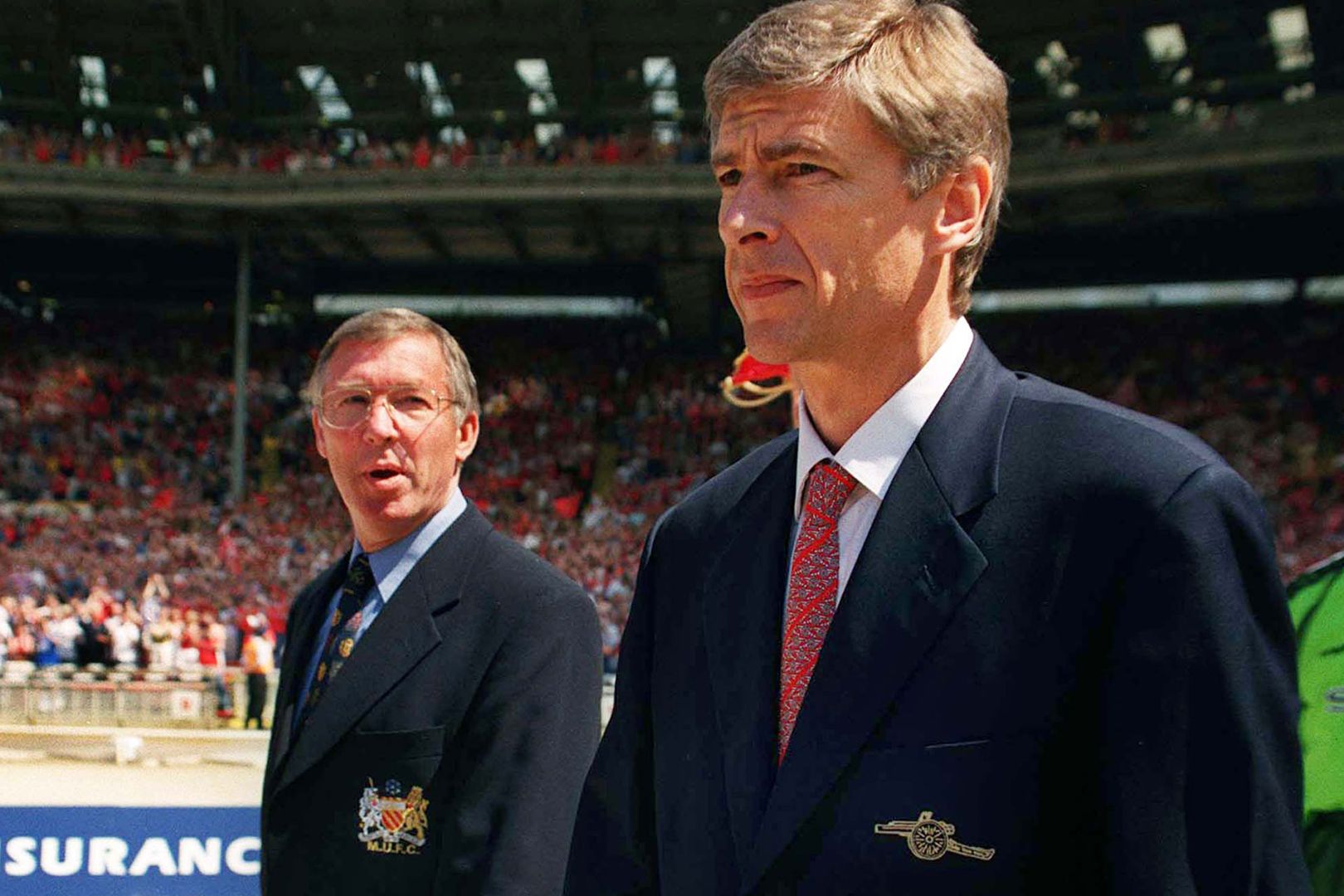 The Fergie vs Wenger feud documentary which aired on Channel 5 last night threw up some fresh intel to the rivalry between two great managers.

Well, one great and one past it.

Arsenal claimed the league title against their biggest rivals at the time thanks to Sylvain Wiltord’s goal on his 100thappearance for the Gunners.

Martin Tyler’s loud scream as Wiltord tapped home will forever be etched in the minds of Arsenal fans. For us, I’d rather eye-gouge myself repeatedly than watch it again.

This was during a period that saw Arsenal and United go head-to-head each season, fighting in tunnels and on the pitch, with tensions frequently boiling over.

Neville, however, says Sir Alex Ferguson produced a brilliant gesture to congratulate Arsene Wenger and his side after the match.

“They came to our place and won the Premier League,” Neville said.

“Sir Alex Ferguson went in their dressing with a couple of bottles of champagne and said ‘congratulations’ to them.

“That’s class. That’s the last place in the world that he would have wanted to go.”

Pure class from the Scott, even though it was a bitter pill to take.

The documentary is certainly worth a watch but some of it did seem a tad dramatic. Then again, what do you expect a week after Wenger announces he will stand down as manager and everyone wants a bit of a tale to tell.