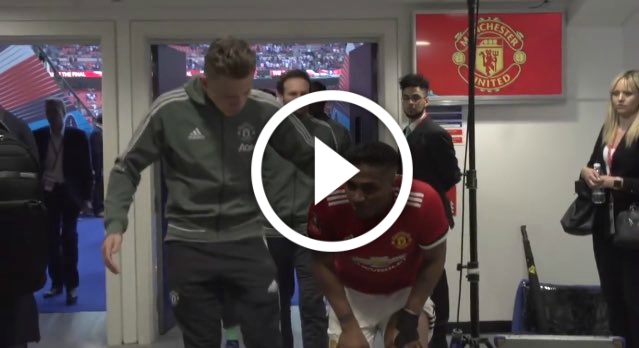 Scott McTominay is clearly buzzing with life at the moment. This season he has broke into the Manchester United first team and made his first senior international appearance for Scotland.

McTominay is now on course to win his first major piece of silverware with the first team as United book their place in the FA Cup final, when they travel to Wembley to face Jose Mourino’s former club Chelsea.

However, Antonio Valencia picked up a knock in the semi-final win over Tottenham Hotspur. The Ecuador international was then replaced by Matteo Darmian for the final 10 minutes.

It was a struggle for Valencia, who was forced off, so he made his way down the tunnel only to be greeted by McTominay.

McTominay was picked up on the microphones saying: “Captain, put your arm around me”.

Valencia opted to soldier on without him, though it says a lot about McTominay’s attitude towards his peers. If any kids are reading this or see the footage, please take note. This is role model stuff.