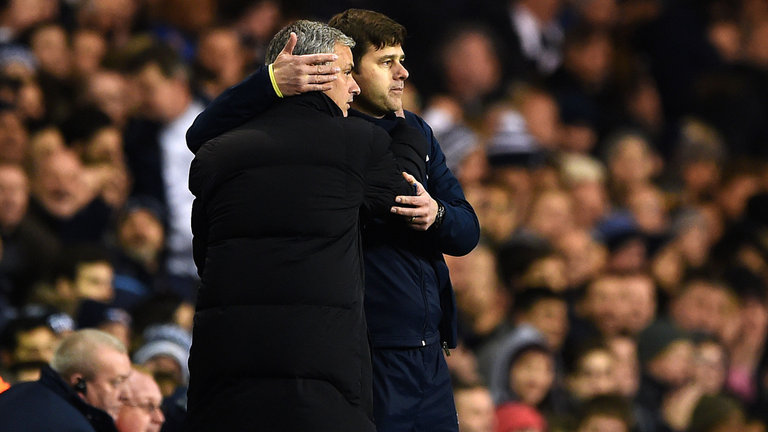 Jose Mourinho is a winner. Tottenham Hotspur manager Mauricio Pochettino is not.

The Argentine might set his teams up to be well drilled and easy on the eye, to play a pressing game and worry more about attacking the opposition’s goal than defending their own, but what good is that come season after season when you’ve not got a single piece of silverware to show for it?

That’s why I find it insulting to compare Pochettino to successful managers such as Mourinho and Sir Alex Ferguson.

He isn’t reckless enough and proved that again this week by dismissing the FA Cup as being below Spurs, swearing as though they were sick of winning the competition and that the Premier League and Champions League is within their reach.

Of course, Pochettino has done a good job at White Heart Lane but like when he joined from Southampton there’s still no winning mentality.

How does Daniel Levy and other members of the board expect to keep hold of their best players when 1) they’re not paying top salaries and 2) there’s no trophies to make up for it? Kyle Walker left last summer for Manchester City and has already won two winners’ medals: Premier League and League Cup.

Ask me would I have Pochettino over Mourinho as United manager? The answer would be a straight no.

Some of us might be easily convinced by the media and say Pochettino is a forward thinking manager and Mourinho, who is part of the chasing pack, is past his best but the Portuguese manager has got United to three finals from his two seasons in charge.