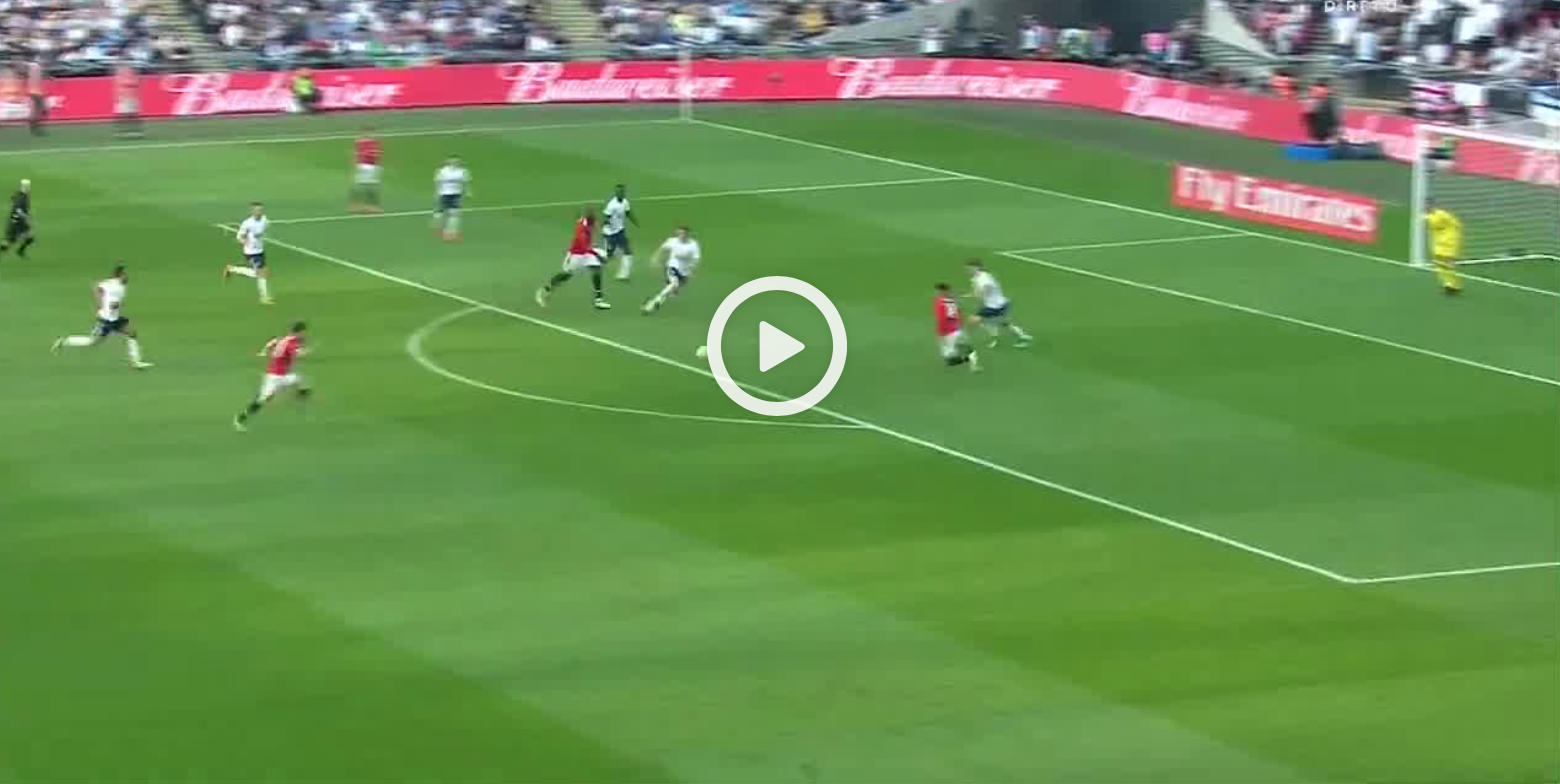 Ander Herrera has had a key role in the team since his return from injury. It’s fitting that he, a player often labeled ‘not good enough’, has put Manchester United ahead in the FA Cup semi-final against Tottenham Hotspur.

Just like the Manchester derby, United turn it around again on a big occasion.

The Reds flags are currently waving around Wembley thanks to a moment of brilliance from Herrera, who was already having a decent performance.

Hopefully United can hold on. They now have the edge.